Patanjali appears in the list of companies polluting river Ganga

Comptroller and Auditor General's report has found that Yoga Guru Baba Ramdev's 'Patanjali' is one of the many industries along the river Ganga are discharging effluents into the river. The detailed report on Namami Gange project was tabled in both Houses of the Parliament on Tuesday.

The report exposes the shocking gap between what the government preaches and it practices. Cleaning the Ganga was part of the BJP manifesto.

Ramdev isn't the only one falling foul of the authorities. Upmarket resorts like Sarovar Portico, eating joints like Chotiwala, or the plethora of plush resorts in the Corbett National park have didn't respond to authorities and the courts.

Of the many units that were supposed to have shut down for polluting the river, a sample check done of nine units in Hardiwar, the CAG found that seven were functioning. 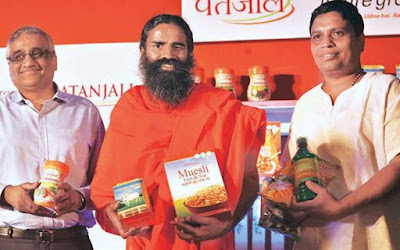 The good news is that five of the famous ashrams in Haridwar have, after being threatened with closure, set up septic tanks so that untreated sullage does not flow into the river.

Another good development is that mobile magistrates have been posted along the river banks especially in pilgrimage sites such as Haridwar and Rishikesh to keep an eye on pilgrims using soap, shampoo and oil while taking a bath!

But the Clean Ganga project is a case of history repeating itself with little to show by way of a cleaner river. Just eight to 63 per cent funds were utilised between 2014-17. A large portion of the funds is still lying unutilised. State governments and the Centre are unable to spend even a paisa of the funds allocated for the project. The CAG audit is a familiar tale that lays bare the claims by then minister concerned, Uma Bharati. She had clearly blamed the UP government ahead of the elections for the river being dirty.

Now, as per the CAG report, the river in the Prime Minister's constituency of Varanasi happens to be along one of the most polluted stretches. In six cities of Uttar Pradesh, Bihar and West Bengal oxygen levels in the water have plummetted from the level it were in 2012-2013. Total coliform bacteria levels in all cities of UP, WB and Bihar was very high. The water quality in these cities was not even fit for bathing.