In battle for Jayalalithaa’s legacy, her image is being tarnished one lie at a time

Apparently, they were only waiting for an opportune moment to release the video, to use the final images of Jayalalithaa for maximum advantage, writes Dhanya Rajendran in TNM. Read on:

The nervous cameraman had carefully set up his frames, and the tension in the room was palpable as we waited for our VIP guest to arrive. It was 2010, and the 2G scam was rocking Tamil Nadu politics. A calm Jayalalithaa walked into the room and greeted us. She immediately looked at the second camera pointed at her chair and told us that she did not like her profile shots, and that the camera angle had to be changed.

That was Jayalalithaa, always conscious of her image, not a hair out of place.

Would the three-time Chief Minister of Tamil Nadu have liked to see a video of herself in the hospital, looking frail and vulnerable, out in the public? Definitely not. In fact, it was fearing her obsessiveness for privacy and image-consciousness that the Sasikala family never released her video, even though there were several conspiracy theories during her hospitalisation. Her personal staffer had stated then that no one would dare release even a photo of her, because she would not spare them for doing so, once she was discharged.

Even after Jayalalithaa's death, this video that was purportedly shot by Sasikala, or someone in her family, remained elusive.

Everyone wanted to have a look at the video. Many journalists, including me, had asked Sasikala's family why they were keeping the video or pictures secret even as those in the other AIADMK factions like Manoj Pandian had made serious allegations about the circumstances that led to Jayalalithaa's death. Even when a Madras High Court judge asked why Jayalalithaa's body could not be exhumed, the family remained adamant that they will not show the video to anyone, even to the court. One member of the Sasikala family asked me, “Why should we release video? She was a lion. We don't want anyone to see her in hospital." 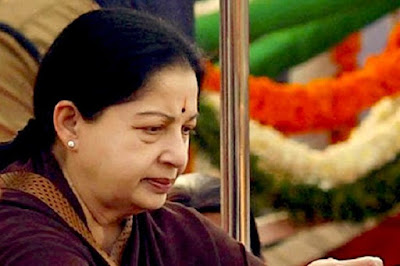 Clearly, the dignity of the lion can be massacred at the altar of electoral politics. Just a day before the RK Nagar polls, disqualified MLA Vetrivel, known to be close to TTV Dhinakaran, has released a video showing her in the hospital.

Apparently, they were only waiting for an opportune moment to release the video, to use the final images of Jayalalithaa for maximum advantage.

The Sasikala family says that Vetrivel released the video of his own accord, without their consent. How did he get the video? And do they really expect people to believe that a well-timed release of the video by a close confidante was without their blessing?

What’s ironic about the situation is that this doesn’t bode well for the Sasikala family’s political opponents within the AIADMK either. Was it just political opportunism that the OPS camp first remained complicit in silence with Sasikala, and then fuelled conspiracy theories about her death? If the video is authentic, and Jayalalithaa was conscious at some point during her hospitalisation, did they lie in spite of knowing the truth? Is it simply a case of desperate times, desperate measures?

In the political battles following Jayalalithaa’s death, her legacy is being tarnished, one lie at a time.
Posted by Arjunpuri at 04:30