6-year-old dubbed ‘most beautiful girl in the world’

A six-year-old model from Russia has been dubbed the new “most beautiful girl in the world.”

Blue-eyed Anastasia Knyazeva is being hailed as the new Thylane Blondeau, who became the youngest model to star in French Vogue when she was 10.

Knyazeva has already starred in several advertising campaigns for big-name Russian brands, including Chobi Kids, and has an incredible 523,000 Instagram followers who marvel at her doll-like features.

Knyazeva’s social media account is run by her mom Anna, who has been uploading pictures of her adorable daughter since July 2015, when she was just four years old. 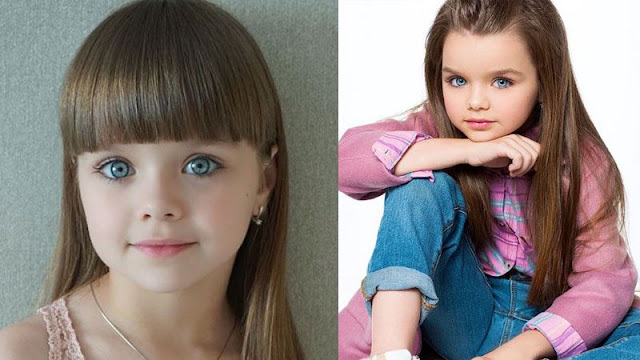 The pretty youngster, who is represented by President Kids Management, regularly attracts dozens of admiring comments.

One wrote on one of her photos: “OMG… I think she is the most beautiful girl on the earth!!” while another posted: “What a beautiful eyes.”

And one wrote: “Omg. This is the most beautiful girl I have ever seen. Her eyes.”

Some reckon she’ll follow in the footsteps of Russian model Irina Shayk, who became a household name in 2007 when her face represented the brand Intimissimi.