What is Tourette syndrome, the neurological disorder Rani Mukerji has in Hichki?

Tourette syndrome is a common neurological disorder that often starts during childhood. 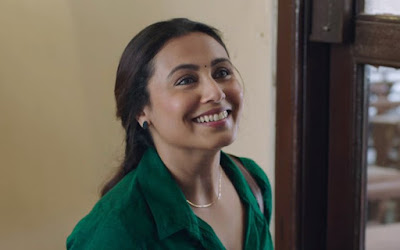 Here's everything you need to know about this neurological disorder:

What is Tourette syndrome?
Tourette syndrome is a common neurological disorder that causes patients to have sudden, uncontrolled movements or sounds, repetitively. These sudden movements and sounds are called nervous tics, or just tics.

The condition was named after Georges Albert Edouard Brutus Gilles de la Tourette by Jean-Martin Charcot in 1885, a French physician and neurologist who made a study of a number of patients who suffered from the disorder. Tourette was one of Charcot's most remarkable patients, and so, the disease was named after him.

But the human brain still largely remains a mystery for researchers. So, the exact causes of Tourette's is unknown. It is, however, suspected that genes play a role in passing down this disorder. If there are Tourette's patients in your family, it is likely that it will be passed down to the following generations, but the tics would differ.

Symptoms and treatment
The biggest symptom of Tourette are the tics, probably because they are noticeable over time. Stress, excitement, sickness and exhaustion can make this chief symptom worse. What's more, as Mukerji's character exhibits in the trailer, the symptoms can be quite embarrassing, because they cannot be controlled and can happen in public.

The tics of Tourette can, thankfully, be controlled with treatment. It is not completely curable or preventable yet, but early detection can help one avoid the risk of the disorder turning severe.