Rajinikanth enters politics after decades of speculation, to form own political party

On the last day of 2017, the superstar announced his political entry at a fan-packed Raghavendra Kalyana Mandapam in Chennai.

The decades long guessing game has finally come to an end. Superstar Rajinikanth, the actor loved by the masses in Tamil Nadu and beyond, has officially announced his entry into politics.

On Sunday, dressed in a white kurta and pants, Rajinikanth walked into the Raghavendra Kalyana Mandapam in Chennai’s T Nagar to an audience of excited fans and TV cameras that were ready to finally capture the moment. As Rajini walked on stage, the fans cheered for their ‘Thalaivar’, who had announced an announcement less than a week ago.

And minutes later, the question that Tamil Nadu has been asking for decades was answered in six simple words: "My entry into politics is certain."

To a roaring audience, Rajinikanth said, "I will form my own political party and contest from all 234 seats in the next assembly election."

He further added, "About Lok Sabha polls, I will decide then. I am not here for money or fame, you have already given that to me a thousand times over. I am not enamored by position or post. At 45, I didn't have that, at 68 will I get that? Will I not be a mad man then? Am I not deserving of being called a spiritual?"

Lamenting about the state of politics in Tamil Nadu, Rajinikanth said, “In the past one year, events in TN politics have made people of Tamil Nadu hang their head in shame. At this time if I don't take this decision, it is not fair to the people who made me live. The guilt would have followed me to the grave. We have to change, we have to change everything fast.”

Talking about his vision, Rajinikanth said, “Devoid of caste, a spiritual governance, spiritual politics, honesty and transparency. That's my goal.”

Addressing his fans, the superstar said, “I cannot do this on my own, this is like taking pearl from sea, God's grace, people's love, respect and cooperation and support, all these are needed to achieve this. I fully believe I will get god's grace and people's support.”

In his vintage style, Rajinikanth told his fans that there has been too much build up regarding his political entry. "I didn't create the build up," he said.

"I'm not scared about entering politics. Only scared of media. Greatest people are scared of media. They ask me something, I reply and it becomes a debate. Someone asked me about my goals and I got dizzy. Cho (Ramaswamy) scared me. He said please be very careful with media," he said.

While there has been speculation for years now that Rajini has a special affection towards the BJP, especially after Narendra Modi met him at his residence ahead of the 2014 General Elections, Rajini did not commit to either joining the party or supporting them. 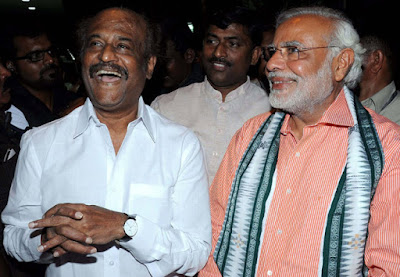 Rajinikanth’s political entry is seen by many as rather late in the day, especially as he has been flirting with politics for several decades now. In 1996, the actor had taken a strong political stand against Jayalalithaa ahead of the Assembly elections that year. In a speech, Rajini said, “Even God can’t save Tamil Nadu if Jayalalithaa returns to power.” The statement is believed to have turned the tide in the favour of the DMK-Tamil Manila Congress combine in that election.

While Rajini has apologised for the comment in recent years, it has been quoted time and again as an example of the sway that a star like him holds on the people, when it comes to political decisions.

So what will Rajini’s end game be? Political analysts believe that the superstar is likely to announce his own party in a while, and that he will be aiming for the Chief Minister’s chair by the next Assembly elections. However, whether the actor turned politician will be able to sway the votes towards him the same way that he was able to 20 years ago, is a question that many are asking.