There is no shortage of special effects on our digital screens these days, but believe it or not, there are equally peculiar phenomenons in nature that seem like work of technology rather than Mother Nature.

Isle of Rhe in France is one such destination which is known for being romantic, as well as bizarre. A tiny island measuring just 19 miles long and three miles wide, Isle of Rhe is located on the west coast of France near La Rochelle in the Atlantic Ocean and is a popular tourist destination with quaint places to stay.

Just like France's more famous southern coast, Isle of Rhe has fabulous beaches and great weather to lure tourists from all over Europe and the world. But unlike the southern coast, there is something truly unique about the waves that can be seen from many of its beaches. 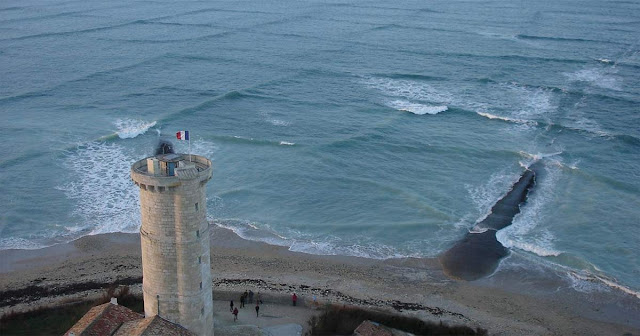 To the naked eye, the waves appear to be square shaped, repeating over and over again to form a chessboard pattern on the surface of the ocean. The sight is so unusual that each year, residents and tourists alike, often flock to an old lighthouse on the shore to get a better view from its higher elevation.

What seems like the doings of aliens or an equally bizarre outer force, is actually easily explained by science.

Isle of Rhe lies at the intersection of two seas, often referred to as a cross sea. Miles under the surface of the ocean where the two meet, two different weather patterns can produce two wave systems traveling at opposing angles.

When these weather patterns last for longer periods of time, they produce these unusually large, square shapes that make for quite a sight!

While they might look beautiful, they also make the waters very dangerous. The strong currents formed due to a cross sea can be much stronger than any riptide we are familiar with. 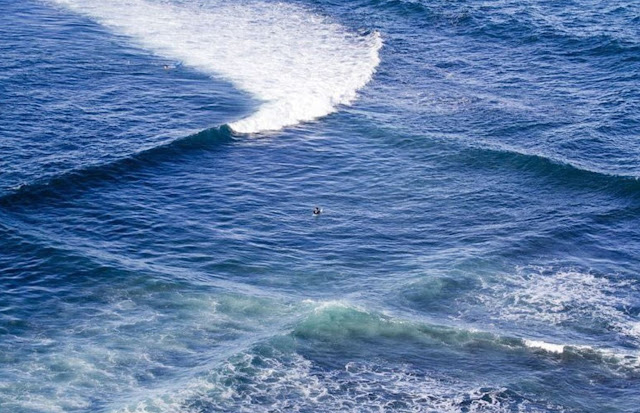 In fact, it is not unusual to hear of ship accidents being caused as vessels get caught in these square waves. Thankfully, these square waves are not a constant phenomenon, making the beaches of Isle of Rhe mostly safe during all the other times.

It is truly amazing to see how nature works in the most bizarre ways. Some of the other unbelievable wonders of nature include flammable ice bubbles beneath Alberta's Lake Abraham, underwater crop circles off the coast of Japan, and the Great Blue Hole off the coast of Belize to name a few.

Turning off our screens once in a while and heading out into the world to check out these natural sights might make for more interesting and memorable times for all of us!