Parvathy is still getting rape and death threats. Mammootty, why are you silent?

For over a week, Parvathy has been shutting down trolls single-handedly after speaking against Mamootty's Kasaba. Will the superstar step in and pull up his fans?

Actress Parvathy, who is known for her commendable choice of films, has been on the receiving end of abuse and trolling online ever since she called out misogynistic lines in actor Mammootty's film, Kasaba. It has been over a week now, and the abuses hurled at the actress don't seem to die down.

What is more disappointing is that none of the stalwarts from the industry, including Mammootty, are trying to shut down the trolls who are continuously churning out death and rape threats just because Parvathy spoke against the superstar. 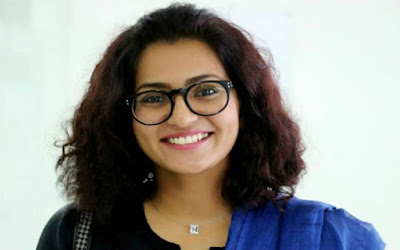 WHAT HAPPENED?
At the International Film Festival of Kerala, Parvathy began her speech without the mention of Kasaba. She said that she was taken aback on seeing a Malayalam superstar mouthing cringe-worthy and misogynistic lines in one of his films. Fellow actress Geetu Mohandas, who was also part of the panel, encouraged her to name the film. She did. And all hell broke loose.

THE TROLLING
Mammootty's 'fans' and several industry insiders started issuing threats to Parvathy, proving that she isn't wrong. The trolling and abuse targeted at Parvathy proved a point: a fellow actor shouldn't speak her mind (especially if she a woman) and should always 'respect' the industry elders, regardless of their misogynistic actions.

Last we checked, our country boasts that we have the right to freedom of speech and expression. In the last couple of years, we have seen several female artists being abused, trolled and harassed by these so-called fans of male superstars. While many of them have stood their ground, the trolling does impact a person on an emotional level.

Probably, this is one of the main reasons why the actresses in Mollywood formed a Women in Cinema Collective: because the Malayalam industry actors would not stand with the women. And thereby, encourage fans to resort to such abusive actions again and again.

PARVATHY'S CLARIFICATION
Even after Parvathy issued a statement that she is not personally insulting the people who worked in the movie, the abuse continues. From calling her 'aunty' to 'monkey', to issuing rape and death threats, the industry people and 'fans' have stooped unbelievably low.


I never criticised him. Simply expressed my disappointment in the movie. Thanks for being respectful in the way you put across the comment here. Very rare it seems here.
— Parvathy T K (@parvatweets) December 12, 2017

This isn't about curbing cinematic creativity. This is only about reassessing how negatives can be imitated in society. And therefore give it a better structure so we avoid glorification of violence and disrespect.
— Parvathy T K (@parvatweets) December 12, 2017

THE PROBLEMATIC DIALOGUE
Still wondering what she spoke against? It was an excerpt from the dialogue by Mammootty in Kasaba: "I will f**k you (his woman superior) so hard that you'd find it extremely difficult to walk. I will hurt you so badly that your menstrual cycle would go for a toss."

Cinema is a medium that has the capability to influence people on some level. The recent event of the abduction of a Malayali actress which was allegedly plotted by actor Dileep, is a fine example. And the industry actors, who are considered role models in life, choosing to remain silent (few are openly supporting Dileep), is setting another example as to how regressive we are as a society today.

MAMMOTTY'S SILENCE IS UNSETTLING
Though Parvathy is getting a lot of support from several activists and writers, it is extremely upsetting to see Mammootty staying mum about this whole incident. This is indirectly stating that he is endorsing his fans' views. In another similar incident, journalist Dhanya Rajendran, who compared the failure of Shah Rukh Khan's Jab Harry Met Sejal to an old film of Vijay (Sura, which failed to rake in profits), faced the wrath of Vijay fans. She terms the abuse as a planned attack and after multiple failed attempts in reaching out to the star, Vijay issued a statement asking his fans not to share hurtful and abusive views on women.

Before Vijay could issue a statement, actor Ajith's legal counsel (on August 19) in a statement, said, "Our client unconditionally apologises for any hurt or harm caused by miscreants knowingly or unknowingly. Our client has not authorised any individuals, groups, associations or social media handles either to use our client's name and images or to make any statements or express social, political or personal views on his behalf."

NOT A ONE-OFF INCIDENT
Kerala Finance Minister Thomas Issac through his Facebook post sent out a message against abusers in cyber space. He also showered praises on the actress for having won an international award for her performance in Take Off. He said, "This is not the only incident where a woman has been attacked for voicing her opinion.This is condemnable. This also proves that the decision of women in the film industry to create a platform for upholding their rights has not been received well by the industry." He added that the attack directed towards Rima Kallingal, Sajitha Madathil and script writer Didi Damodaran have not been forgotten.

Gopinath Parayil, founder of the Blue Yonder and palliative care activist took to Facebook to share his thoughts. "I am not shocked that the police or home ministry that comes under the Chief Minister is quiet as well and haven't yet taken a suo moto case against the cyber attacks on Parvathy who made her observation in a diligent, respectful way in an open forum.I am shocked by the silence of Mammootty. I doubt his silence is because he hasn't noticed the open threats of murder and rape against Parvathy by his fans (from authentic as well as thousands of fake accounts ). If at all, he's not browsing through these rants and personal attacks of his fans, I doubt these aren't brought to his attention by his close circle of industry peers, family and friends, including his own son and actor Dulquer Salmaan. This is not the man some of us who were part of Kerala's palliative care movement know. This man was compassionate. This man was respectful, considerate and cared for people and didn't do anything for fame. (sic)"

Writer Saradakutty also pointed out that it is not just Mammootty, but also stars like Mohanlal and Dileep who are part of misogynistic films.

Being hailed a superstar also comes with several responsibilities. After all, followers, fans and people look up to you and imbibe your personality. Mammootty's silence on this issue is surely sending out wrong signals. And glorifying abuse, harassment and trolling against women.