The most important career choice you'll make is who you marry

Nearly a century ago, journalist Napoleon Hill set out on a mission to uncover and document the strategies used by the wealthiest and most successful businessmen in America.

He studied more than 500 self-made millionaires over 20 years, and his research culminated in the 1937 bestseller "Think and Grow Rich," which shares what he calls the "money-making secret" in 13 principles.

His 10th principle — "the mystery of sex transmutation" — suggests that love, romance, and sex are critical factors in the determination of one's success and wealth.

"Sex desire is the most powerful of human desires ...

"When harnessed, and redirected along other lines, this motivating force maintains all of its attributes of keenness of imagination, courage, etc., which may be used as powerful creative forces in literature, art, or in any other profession or calling, including, of course, the accumulation of riches ...

"Love, romance, and sex are all emotions capable of driving men to heights of super achievement ... When combined, these three emotions may lift one to an altitude of a genius."

Hill makes some bold claims: "The men of greatest achievement are men with highly developed sex natures," and "the men who have accumulated great fortunes ... were motivated by the influence of a woman." 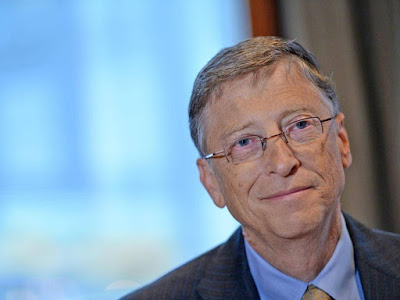 While this principle may seem a little far-fetched, there is something to be said about having a supportive partner to achieve financial success — an idea that has surfaced and gained relevance today, 78 years later.

"The most important career choice you'll make is who you marry," Facebook COO Sheryl Sandberg, whose estimated net worth is $1.1 billion, said at the 2011 IGNITION conference in New York.

Many echo this sentiment, including Catherine Alford of The Simple Dollar, who wrote: "If I'd selected a different spouse, my life would look very different ... My spouse, whether I realised it or not at the time, has been the best money decision of my life."

It makes sense. As motivational speaker Jim Rohn famously said: We are the average of the five people we spend the most time with, which is especially true when it comes to our spouses.

These claims are backed by research. One study, by Brittany C. Solomon and Joshua J. Jackson of Washington University in St. Louis, shows that having a conscientious spouse can boost your salary significantly.

Conscientious spouses tend to allow their partner to focus more on their career. Also, people with conscientious spouses generally feel more satisfied with their marriage, and this absence of stress and drama at home allows them to bring more emotional and physical energy to work, the researchers concluded.

While parts of Hill's philosophy are outdated — he analysed only rich men and wrote for a predominantly male audience — he was on to something when he suggested relationships are a crucial step toward accumulating wealth.