Their wedding was such a memorable affair for everyone associated to it, and now they're giving back royally.

Virat Kohli and Anushka Sharma Kohli are having the time of their life in Finland, and making sure everybody feels special when invited to celebrate their marriage.

Some time back, they sent a thoughtful plant attached to their reception card, and the latest Mumbai’s reception card proves that they still want to keep it nature-themed. The card has a leaf print on it. Check out all the other details from the reception in the card here: 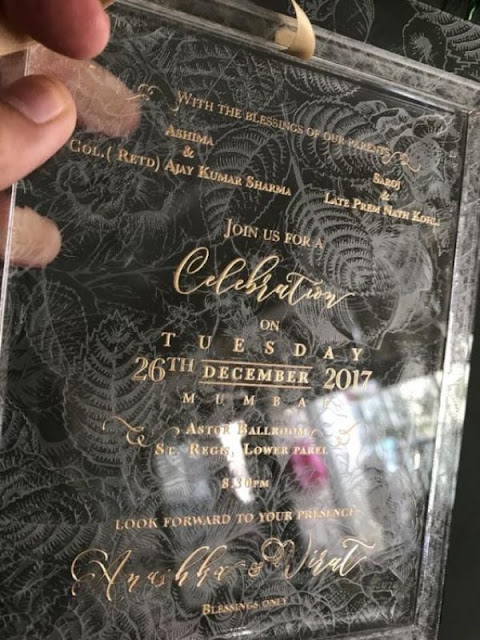 Their wedding was also as much a memorable affair for everyone associated to it, and now there’s another detail the wedding planner Devika Narain revealed in an interview to BBC. 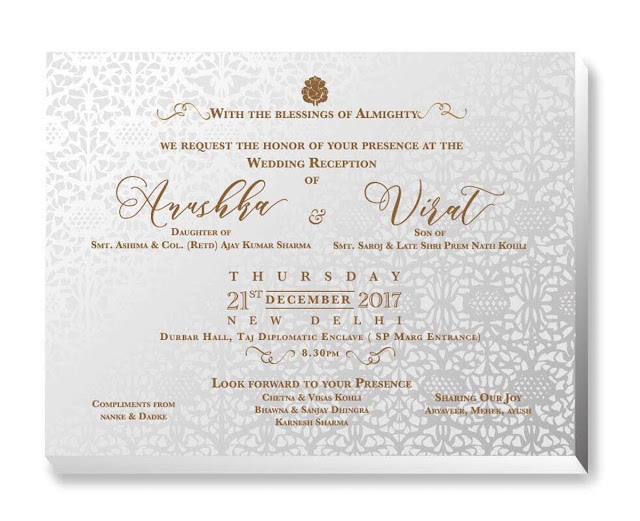 “Anushka and Virat are extremely spiritual people, I don’t know how many people know this about them. She wanted everything to be about growth and prosperity, so the whole wedding was in fact inspired by the idea of an overgrown garden. They are big fans of Rumi and his poetry, so an anthology of his poems was given as a take back present for all the guests,” said Devika in the interview.

She further mentioned, “Anushka is a typical bride and I did not expect that. She had reference photos, and was incredibly invested in every single decision and detail. All of this was her idea and we were all just people who mapped it out for her. From the way the venue was chosen, it was this big Tuscan villa. The flow of the functions was like a typical Indian wedding. We had a welcome lunch, a sangeet and engagement on the first day. The second day was a bright colourful mehendi and that night was a typical bonfire night. It rained out, so we were all huddled next to a giant campfire, there was karaoke, everyone was singing. The third day was the grand finale.”