Saudi Arabia has permanently shut down the only land border it shares with Qatar — the Salwa border — hinting at the possibility that the illegal siege of Qatar is nowhere near its end.

A letter issued by the Saudi customs directorate on Tuesday announced that the Salwa border gate had been shut-off permanently since Monday evening, reported the Middle East Eye.

However, the closure is not expected to threaten Qatar's stability in any way. While most of the country's food imports earlier used to come through the Saudi land border, much of it now comes via sea and air. 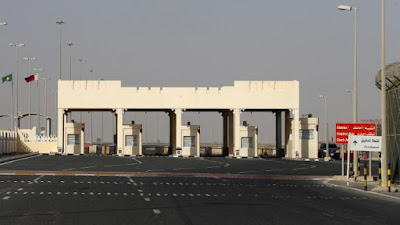 The Salwa border gate was closed two weeks after the crisis officially began on June 5, although it was opened for a two-week period in August to allow Muslim pilgrims to travel to Mecca for the Hajj. The gate had remained open since then, mainly for humanitarian reasons.

Although officially well-received by Qatar, the move to open the gate had sparked outrage from Qatari citizens on social media, who demanded the siege be lifted entirely.

Earlier this month, the annual regional summit of the six GCC countries was cut short, failing to resolve the ongoing crisis.