Nice Water, one of the leading suppliers of premium quality drinking water in Qatar, is all set to open its first polycarbonate water bottles and caps manufacturing plant in the New Industrial Area next year.

A first of its kind in Qatar, the Al Falah Plastic Factory is almost complete and will start production from March 1 next year.

The plant will have the capacity to produce 120,00 bottles per month, Mohammed said, adding that the production capacity can be increased in the future if required. Once operational, the official said, the plant would be able to meet 100 percent demand for 5-gallon polycarbonate water bottles and caps in the local market. 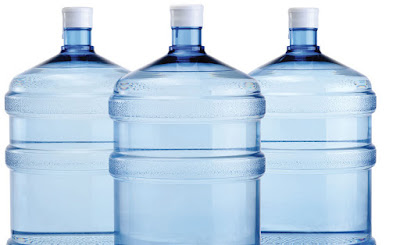 Mohammed said that machines for the plant are being imported from Thailand.

"Senior officials and technical experts from the company are currently in Thailand to finalise the modalities of the machines. All the machines are expected to be fixed at the plant very soon," he said.

"There was an urgent need to set up such a plant in Qatar especially after the blockade imposed by the neighbouring countries six months ago. While there are many companies that supply drinking water in Qatar, water bottles and caps were mostly imported from the blockading countries.

Besides meeting the requirements of Nice Water, the official said, other Qatari water companies like Safa, Wataniya, Almas and some others have also entered into talks to use bottles and caps manufactured at the Falah Plastic Factory.

The bottles and caps manufactured at the upcoming plant would be cheaper and better compared to those imported from the blockading countries, Mohammed said, adding the design of the bottle would meet the requirements of the end users.