Book review: Manik And I: My Life With Satyajit Ray

My latest book review is on Manik And I: My Life With Satyajit Ray by Bijoya Ray in today's Kannada Prabha newspaper. Here's the link: 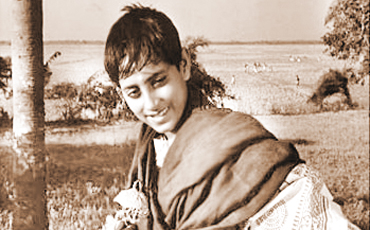 Posted by Arjunpuri at 11:00 No comments:

Many Qataris frown on marrying foreigners

Instances of Qatari men marrying foreigners have once again brought to the fore the debate about the effect of such marriages on families.

Many Qatari nationals believe that such marriages reduce marriage prospects for Qatari women and even lead to social problems for the children of such couples. Others argue that nationality should not be taken into consideration for marriage.

Many reasons are cited for Qatari men marrying foreigners. These include the “restrictive” traditional way of choosing a bride, the expenditure involved in giving ‘mehar,’ and the difficulty of finding a bride. Others say Qatari men marry a foreigner as their second wife because Qatari women don’t like to be in that position.
The issue has been widely debated in the social media and other platforms by citizens.

The debate is going on against the backdrop of the fact that Qatari women, who once used to get married in their teens, are now putting off marriage to their late 20s or early 30s to focus on education or pursue a career, as a study has found.

Only one percent of Qatari women now marry between 15 and 19 years of age. At the same time, figures from the Ministry of Development Planning and Statistics say that 66 of the 106 husbands who got divorced in January 2014 were Qataris. The number of Qatari wives who got divorced that month was 56, as against 50 non-Qatari wives. A total of 341 marriages were registered in January.

Qatari columnist Faizal Al Marzouqi wrote in a recent article that he was shocked when one of his friends decided to marry a lady from a South Asian country.

“I didn’t discuss the reasons behind the marriage or insist that he marry a Qatari, but what came to my mind was the future of the children,” wrote Al Marzouqi.

He argues that Qatari society is not yet ready to accept children of foreign mothers, whose appearance would be different from that of most Qataris.

“Taking into consideration the fact that our society is not yet mixed like others, we still think about skin colour, hair.… It will affect the children’s psychology and they will feel that they are discriminated against and will hate society,” says Al Marzouqi.

He has urged Qatari men to marry Qatari women, saying: “Your fellow Qatari girls are the best and most beautiful and suitable for you. And don’t let your children hate you when they differ from the society they live in.”

Several others have expressed their opinions on Twitter and Qatari social media in favour of or against Qatari men marrying foreigners. Some have also said that children of Qatari women married to foreigners should be given citizenship.

“There are many reasons behind Qatari men marrying foreigners, including the high expenses on ‘mehar’, living standards, accommodation and marriage requirements, and the marriage becomes a kind of competition.  But when it comes to marriage with a non-Qatari, the expenses are less,” said a commentator on a popular Qatari social media.

Another said, “When a man thinks of marrying a Qatari girl, the first thing that comes to his mind is money, to get a loan and spend long years repaying it.”

Also, some claim that Qatari men marry foreigners only as their second wives.

“Many people (Qatari) marry a foreigner as their second wife. Anyhow, marrying a foreigner has positive and negative aspects. But Islam never mentions tribe or nationality regarding marriage,” said a commentator.

“Some men want to marry a second time, but Qatari women don’t like to be the second wife,” said another commentator.

Yet another said, “Marrying a foreigner is better than having an illegitimate relationship.”

Some claim that the traditional method of finding a bride in Qatari society is among the reasons for men preferring a foreign bride.

“It’s better to get married to a Qatari woman. But sometimes there are too many restrictions. It’s easy to see foreigners, talk to them and get to know them. It’s easier than with a Qatari girl. In this case, the husband and wife come to know each other. Lack of understanding before marriage is one of the negative aspects leading to divorce,” said a commentator.

Some say the reasons behind Qatari men marrying foreigners should be considered seriously.

“People should really understand the reasons behind Qataris marrying foreigners,” urged a commentator.

Some are of the opinion that children of Qatari women who marry foreigners should be given citizenship rights.

“I hope the doors open for Qatari women to marry GCC nationals or others. Their children should be given citizenship and all privileges,” said a commentator.

However, many strongly reject this and argue that Qatari men marrying foreigners can have negative consequences for society.

“Some children are being insulted due to the origin of their father or mother,” said a commentator on Twitter.

“Not all families ask for too much money, and because of money if they marry foreigners, who will marry Qatari girls?” asked a commentator on social media.

“Look at our homes: there are many who have passed the age of marriage,” he said.

“The minimum cost of a simple marriage in Qatar is QR400,000. This is my experience with my brother’s marriage, so why should someone take a loan for a marriage,” read another comment.

“Who said it’s less expensive to marry foreigner? One will have to spend his whole life for the foreigner and her family for travelling and others expenses,” argued a commentator.

“People have the right to take a decision on their lives but it shouldn’t affect their children in future,” said another comment.

Law number 21 of 1989 regulates the marriage of Qataris to foreigners. According to the law, a committee, now led by Abdul Al Maal as chairman and with members from different government institutes and ministries, including the Ministry of Awqaf,   receives applications for such marriages. It examines them and gives its recommendation to the Ministry of Interior. The final decision is taken by the Minister of Interior.

“The problem of Qataris marrying foreigners became an issue after people started travelling to foreign countries. Then a law was introduced to address the problem in 1989,” said a senior Qatari lawyer, Muhsin Ziab Al Suwaidi.

“This law doesn’t prevent anyone from marrying a foreigner, but it regulates and helps to maintain the Qatari family fabric as a core of the Qatari society,” he added.

The Qatar government has asked all Arab and Muslim countries not to give their citizens to Qataris in marriage without government approval.

Children of Qatari men who marry a foreigner without permission from the government do not get Qatari citizenship. Also, in such cases the foreign wife will not get a residence permit in Qatar.

Some issues are taken into consideration when the ministry grants permission for a Qatari man to marry a foreigner, said Al Suwaidi.

He said the bridegroom should be above a certain age, shouldn’t have more than one wife, and shouldn’t be involved in any crime or immoral activity.

However, the law makes an exception for those wanting to marry someone from another GCC country.

Applications of people with special needs are usually accepted as finding a life partner is difficult for them. Also, Qatari men are granted permission to marry relatives in other countries, according to Al Suwaidi.

But getting government approval to marry a foreigner is not easy for others.

“Qatari law restricts marrying foreigners by making it mandatory to get approval from a special committee and have it signed by the Ministry of Interior. It may take years to complete this procedure and one of my friends waited for four years,” said a commentator on social media.

Your attention didn’t collapse. It was stolen

Social media and many other facets of modern life are destroying our ability to concentrate. We need to reclaim our minds while we still c... 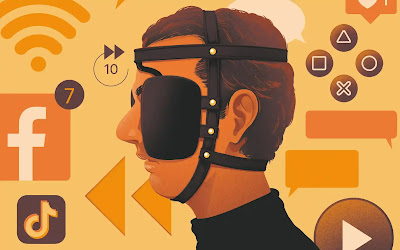