There's no perfect age to find a husband

Women in their 20s are told they're too young to settle down. Then, seemingly overnight, they start hearing they're spinsters. What gives?

Heterosexual women today, in certain milieus, find themselves placed into one of two categories: too young to settle down, and too old to find a man. There is a window of opportunity to get married, but it is ephemeral almost to the point of non-existence. It falls at a different age according to region, or the idiosyncratic biases of one's circle, but hovers around 27. "Too young" refers not to teen marriage, but to any commitment entered into by a grown woman deemed still a child by those around her.

Here's how it works: A young woman hears from friends and family that she needs to focus on her career or education, not some guy. She is warned of certain dangers: unsolicited male attention; unintended pregnancy, as if intended pregnancy were also a thing; and the desire hardwired into all straight men to turn their girlfriends into 1950s housewives. To entertain the possibility of it being difficult to find a husband, to even utter the expression "find a husband," is to regress to another era. And this advice is incredibly appealing, a rejection of the quaint notion that female heterosexuality is the desire not for men, but for a white picket fence.

And then, suddenly, the message shifts. A not-quite-as-young woman will learn that rather than having all the time in the world to start a family, her biological clock is about to strike midnight. That even if she doesn't want children, she is now on the cusp of being too old to find a husband. Hasn't she heard of the man shortage, which only gets worse with age? 40-year-old men can (as will be news to most 40-year-old men) date any 23-year-old they want. And those degrees, that burgeoning career? Maybe feminist dreams shall be realized, or maybe it was just an elaborate mating strategy, tailored for an era when the highest-status men demand women with educational backgrounds similar to their own.

As it stands, women in happy relationships are under pressure to exit those so as not to be 20s-something child brides, while ever-so-slightly older ones are asked to settle, chastised for having given up Mr. Almost-Right back before they got haggard. And even if they have, by some miracle, remained attractive, it's all a mirage, because you can't fool nature.

The window of opportunity emerges from certain facts: Reproductive technologies have extended female fertility, but the age at which one may feel too young to settle down is increasing at least as rapidly, and with no end point. Men and women are in school for longer, and often financially insecure. What is socially constructed is the sense of urgency. The world does not end when a woman marries too early (within reason; note the use of "woman"), too late, or not at all.

The urgency comes from expectations younger women internalize. Reflecting on her college years, Kate Bolick (then 39 and single) wrote, "We took for granted that we'd spend our 20s finding ourselves, whatever that meant, and save marriage for after we'd finished graduate school and launched our careers, which of course would happen at the magical age of 30." Meanwhile, Hanna Rosin described very much the same sentiment among today's elite-college women, quoting one as saying, "'I want to get secure in a city and in a job ... I'm not in any hurry at all. As long as I'm married by 30, I'm good.'" 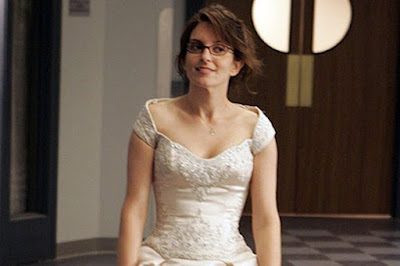 The problem, which Bolick grappled with, is that if one is to be single throughout one's 20s, yet married for all of one's 30s, this leaves rather little time for meeting a boyfriend, marrying him, and having children before 35, or "advanced maternal age."

Straight men, meanwhile, do not face these pressures. A man who marries young may be thought more responsible. No one will assume he gave up on his career for some girl. And a man who's 35 and is still single is not assumed, by virtue of his age, unmarriageable. One not interested in marrying is generally assumed to be living the life he chose, not to have failed to find a woman in his thicker-haired, pre-paunch days.

While women had long been warned of becoming 'spinsters,' what's new is that the message arrives with a thud. Women are now asked to live by second-wave feminist principles, until, boom, they're informed that they need a man no less than women ever did. The same friends and relatives who once gave advice informed by The Mary Tyler Moore Show have now let The Dick Van Dyke Show be their guide. But now one is Mary Richards's age, not Laura Petrie's. Panic ensues.

The answer is not to radically revamp expectations. As a rule, it makes sense to encourage the young to see what's out there before committing. The stability of marriage in upper-middle-class circles likely owes something to premarital trips around the block. French politician Léon Blum's 1907 argument in favor of both sexes experimenting prior to settling down, as a way of improving marriages once they occur, has been largely vindicated. Meanwhile, there's no point denying that if one wants to start a family, there's an age past which this becomes more difficult, especially for women. (Whether women remain as blissfully unaware of this as many commentators imagine, only to discover that the triplets they were planning to conceive after retirement aren't happening, is another matter.)

But individual cases are, well, individual. A 22-year-old may already have had all the dates or relationships she wanted, and be prepared to commit. While the woman of a certain age who regrets dumping a long-ago boyfriend has become something of a cliché, there probably are women who regret ending things simply because those whose advice they value urged them to move on. And while romantic options tend to decrease with age, there is no official end date to when a woman can find a husband.

Let's all become more accepting both of women settling down younger than the "right" age, and of women remaining unattached past that point. In the mean time, we as women may—and plenty have already done so—do as we please, and care less what those around us think.

(Source: The Atlantic)
Posted by Arjunpuri at 12:30