These books could become 'bombs' in 2018

Keen observers of contemporary Indian literature would recall that a series of memoirs, which came to be known as "book bombs", critical of the then Congress-led United Progressive Alliance (UPA) government, hit the stands just ahead of the 2014 general election. Four years later, it seems that the opposition has learnt its lesson as an array of books by opposition leaders, including former Prime Minister Manmohan Singh and former Jammu and Kashmir Chief Minister Omar Abdullah, as also Congress leaders Shashi Tharoor, Kapil Sibal, Manish Tewari and Salman Khurshid, are slated to release in 2018, ahead of the next general election.

The major political memoirs that released ahead of the 2014 general election were headlined by Sanjay Baru (media advisor to Manmohan Singh), Vinod Rai (the Comptroller and Auditor General who highlighted several scams), Natwar Singh (former Foreign Minister who fell out with the Gandhis) and P.C. Parakh (a bureaucrat) showed the then ruling government in less than favourable light.

While Baru's "The Accidental Prime Minister" was less than kind to Singh and savaged his reputation, "One Life is Not Enough" by Natwar Singh focused on the Manmohan Singh-Sonia Gandhi equation, suggesting that a parallel power-centre existed during the UPA regime. Whatever was left was further savaged by "Not Just An Accountant" by Rai and "Crusader or Conspirator?" by Parakh. All of these together unleashed a storm on Manmohan Singh and the Congress party, and tarnished the UPA's image.

Thus, 2018 will be a deja vu of sorts, the only difference being that it is the heavyweight Opposition leaders who will use the "soft power" of literature to counter the narrative of the BJP-led National Democratic Alliance (NDA) government. The timing of these books will be as important as the controversies that they may evoke.

For instance, the new year will open with a book titled "Why I Am A Hindu" by Shashi Tharoor in January, just before the popular Jaipur Literature Festival that attracts thousands of visitors and media coverage across the globe, of which Tharoor is once again a star speaker. Starting with a close examination of his own belief in Hinduism, the book will also look at the myriad manifestations of political Hinduism in the modern era, including violence committed in the name of the faith by right-wing organisations and their adherents.

"He is unsparing in his criticism of extremist 'bhakts' and unequivocal in his belief that everything that makes India a great and distinctive culture and country will be imperilled if religious fundamentalists are allowed to take the upper hand," reads the blurb of the book, accessed by IANS. 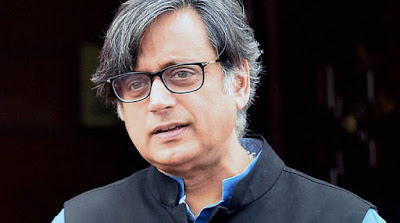 Then, there is "The Idea of India" by Salman Khursid, which, he says, it is not just a political narrative but a compendium of what constitutes India's past, present and future. It is not merely an estimate of what India is but an exhaustive account of what India truly stands for. Published by Oxford University Press, the timing of the book's release is currently unclear.

"Economics for Political Change: The Collected Works of Manmohan Singh" by the former Prime Minister documents the evolution of his thoughts over more than half a century as an academic, policymaker, and politician. This multi-volume set will offer insights into the mind of an influential figure in India's political and economic history.

Kapil Sibal will publish "Shades of Truth", where he will reflect on the many actions of the Modi government since 2014 that "revels in the past without seeking to grapple the problems of the present" and the challenges that lie ahead. An examination of "acche din" along with the contributions of his party that, in his own words, "steered India through its Green Revolution, Industrial Revolution, and IT Revolution, and leadership that helped India rise as an economic superpower in the new world order," Sibal's book will be another major political nonfiction offering in 2018.

Manish Tewari's "My Ministerial Years" will tell the story of the struggle to string together a narrative "as the UPA government in its second term faced a barrage of both unwarranted and, more often than not, motivated criticism from an extremely belligerent media driven by corporate imperatives". It will also recount various interesting episodes that defined the UPA years.

Finally, Omar Abdullah's first book -- part memoir, part history and part analysis of the various problems that have beset Jammu and Kashmir in the decades since Independence -- is billed as "one of the most important books to be published about the beautiful and troubled state that was born in fire and blood". It will not only offer the reader unprecedented clarity about the situation in Kashmir today but also rare insights into Kashmiri politics and the Abdullah family that, according to the book, has played a prominent part in shaping the discourse on the region.

What is equally interesting is the absence of BJP leaders in the literary space in 2018. There will be a biography of Mohan Bhagwat by Kingshuk Nag that will chart his rise as the Sarsanghchalak of the RSS. There will again be a book by Vinod Rai titled "Holding to Account," but it appears more of an academic read than a potential "book bomb," like his earlier account.

These books, starting with Tharoor's "Why I Am A Hindu" and a few other "surprises" down the line, are expected to be released one after the other in the run-up to the 2019 general election.