Why eating fat won't make you fat, but sugar will

When we're not eating fat, we tend to eat more refined carbs and sugar, both of which have been strongly linked to weight gain and obesity, says a study. Read on:

"Eat fat, get fat" has been the conventional wisdom guiding American diets for the past two decades. Yet more and more research suggests that thinking is dangerously misguided.

"There is one thing we know about fats," Aaron Carroll, a professor of pediatrics at the Indiana University School of Medicine, writes in his new book, "The Bad Food Bible: How and Why to Eat Sinfully."

"Fat consumption does not cause weight gain. To the contrary, it might actually help us shed a few pounds."

That means that foods like buttery avocados, rich salmon, and savory nuts should have a place in your diet. If you banned them as part of the low-fat dieting craze of the 1990s, it's time to bring them back.

The evidence lies in studies that have compared people on low-fat, high-carb diets with people on low-carb, high-fat diets. Time and time again, the research reveals that people who restrict their intake of fatty foods do not lose weight or gain other health benefits. In contrast, people who eat diets high in fat but low in refined carbohydrates like white bread and white rice tend to lose weight and see other health benefits as well.

To doctors and dietitians, these findings suggest that the real villain when it comes to weight gain isn't fat but rather added sugar and refined carbohydrates that get quickly broken down into sugar.

Low-fat diets don't make people thin
A large analysis, published in August in the journal The Lancet, compared more than 135,000 people on low-fat and low-carb diets in 18 countries. The researchers found that low-fat diets were more likely to be linked with death from all causes and found a higher likelihood of heart attacks and heart disease. People on low-carb diets, on the other hand, had significantly lower risk of both of these outcomes.

"Global dietary guidelines should be reconsidered in light of these findings," the researchers wrote in the paper.

Several other recent studies of people on low-fat eating plans have shown similar results. An eight-year trial involving almost 50,000 women put roughly half of them on a low-fat diet, and found that those women didn't see any decrease in their risk of breast cancer, colorectal cancer, or heart disease. Plus, they didn't lose much weight, if any.

"Bottom line? The evidence in favor of a low-fat diet is very thin, whereas the evidence for the benefits of certain fats is mounting," Carroll writes. 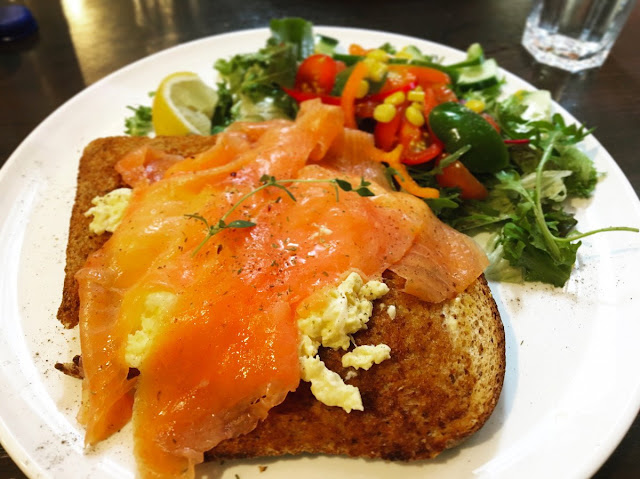 The body needs fat to function
The body requires fat to run properly.

Fat is essential for blood clotting and muscle movement. It's a required ingredient for building cell membranes (the shells that house each of your cells) as well as the protective shields around your nerves. Finally, fat helps us absorb vitamins and minerals from the foods we eat.

When we're not eating fat, we tend to eat more refined carbs and sugar, both of which have been strongly linked to weight gain and obesity.

Part of the problem is that refined carbs and sugar can encourage overeating.

"It's definitely easiest to overdo it with drinks, refined carbs, foods that have added sugar or are highly processed — those are things that we just tend to keep going," Cara Anselmo, a nutritionist and outpatient dietitian at New York's Memorial Sloan-Kettering Cancer Center, told Business Insider.

Eat more fish, avocados, nuts
Still, some fats may be healthier than others.

For a recent study published in the Journal of the American Medical Association, researchers tested what happened when people swapped a small portion of the calories they got from saturated fat (which is most often found in meat and dairy products) with calories from unsaturated fat.

Doing so appeared to be linked with numerous benefits, including a reduction in the risk of death and conditions like heart disease and several neurodegenerative diseases.

"Not all fats are created equal," Harvard nutrition professor Frank B. Hu, a lead author on the study, told The New York Times. "We should eat more good ones from fish and avocados, instead of animal fats," he said.

According to a health blog maintained by the Harvard Medical School, healthy fats include those from nuts, fish, and olive oil — called mono- and polyunsaturated fats. The unhealthy ones are trans fats found in processed foods, and saturated fats "fall somewhere in between."

Overall, the take-home message is simple: Eating fat won't make you fat, but overdoing it on sugar will.