The dress was designed by Australian duo Tamara Ralph and Michael Russo.

Meghan Markle has polarised the public by wearing a £56,000 dress in the latest set of engagement photos released by Kensington Palace.

Critics have been quick to lambaste Markle for her opulent choice, with many taking to Twitter to express their outrage. 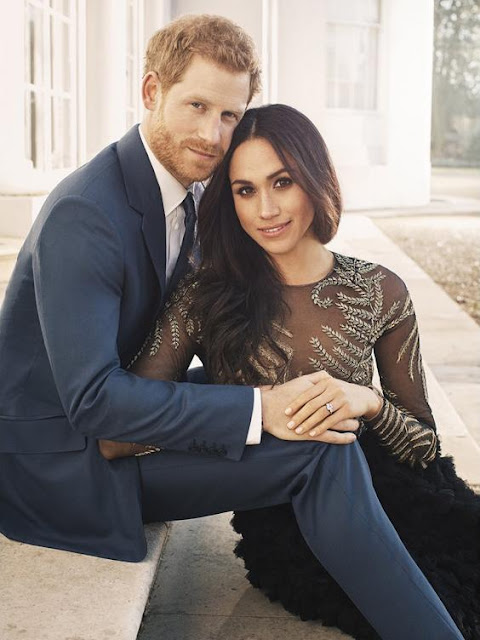 It’s unlikely that Prince Harry’s future wife would have purchased the expensive dress herself, given that designers typically loan samples of their clothes to celebrities in exchange for publicity.

However, a spokesperson for Kensington Palace told Mail Online that the gown was “privately purchased”, although it is unclear as to who made the purchase and whether or not a discount was applied.

Some fashionistas are ogling Markle’s sartorial splendour, hailing the actor and humanitarian for her bold - and braless - choice, which they deemed fit for a future royal.

Kate's been recycling her sensible clothes for years and Meghan's out here in a £56,000 sheer couture dress. 😆 pic.twitter.com/CtOtsemGck

— Helen Pockett (@helenpockett) December 21, 2017
“Can we just take a minute to swoon at these new engagement pics of Meghan in that sheer dress," one Twitter user wrote. "Bring that sexy into the royals girl!"

"Sheer, expensive, showbiz. Prince Harry's lass is breaking all the rules!" added another.

However, not everyone was in agreement, with some comparing Markle to “Poison Ivy” on Twitter while others took to criticising the royal family for advocating Meghan’s choice to wear something so expensive which seems out of touch with the current climate.

Some labelled it a “thoughtless” choice while others questioned whether such a palatial gown would inhibit Markle’s ability to “endear the British public”.