More than 15,000 people visited the four-day 'Made in Qatar' exhibition that concluded on Sunday.
The fifth edition of the exhibition, which was inaugurated by the Emir HH Sheikh Tamim bin Hamad al Thani at the Doha Convention and Exhibition Centre last Thursday, saw the participation of about 320 Qatari industrial companies and 140 productive families, a press statement said on Sunday.

The mega exhibition was organised by Qatar Chamber in cooperation with the Ministry of Energy and Industry, Qatar Development Bank (QDB) and Qatar National Bank (QNB).

"In addition, they discussed with trade delegations and businessmen who visited the exhibition the possibility of establishing partnerships and alliances that contribute to the promotion of Qatari industry," he added. 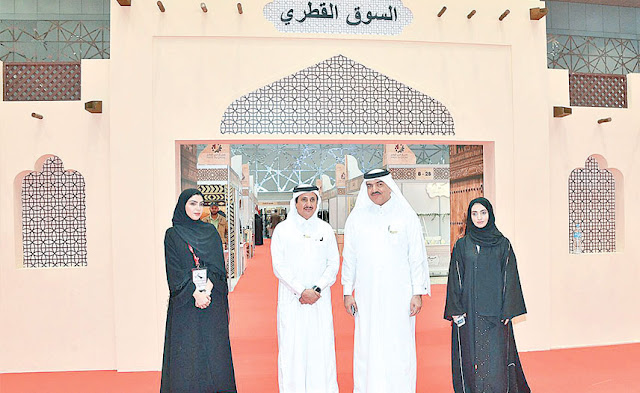 The wide participation of exhibitors reflected the desire of the public and private sectors to develop the industrial sector and achieve the desired industrial growth for the country.

Sheikh Khalifa noted that Qatar's industrial sector has witnessed a remarkable development following the unjust siege both in terms of existing factories expanding their production lines and establishment of new factories.

The QC chairman said the number of industrial licences issued by the Ministry of Energy and Industry to investors since the beginning of the blockade has reached 200.

QC Director General Saleh bin Hamad al Sharqi said,"The Made in Qatar exhibition has been very successful both in terms of the wide participation of Qatari industrial companies and the huge attendance at the accompanying industrial forum."

He noted that the agreements signed during the exhibition included a cooperation between Kazakhstan and Qatar and an agreement between QDB and Qatar Stock Exchange (QSE) to encourage small and medium enterprises to be listed on the Qatari bourse.

Sharqi said the contracts signed during the exhibition included a partnership between Al Bandari Group and Presta Oil of Bulgaria, in addition to the announcement of the Al Mahtaba Factory for the establishment of the first textile factory in Qatar next year.

Sharqi said QC is in contact with exhibitors to evaluate the results of the exhibition at the level of deals and memorandums of understandings (MoUs) signed during the expo.

Many companies reached preliminary understandings of partnership and alliance with foreign companies and will be holding further their discussions after the exhibition, he said.

Sharqi said the next edition of the 'Made in Qatar' exhibition would be bigger and will see the participation of new factories that were established during the siege and began actual production during the period.