Malayalam actor assault: What Manju, Rimi and Kavya told the police about Dileep

More than 50 people from the film industry are witnesses in the actor abduction case and several of them told police that Dileep had a grudge towards the assaulted actor.

The abduction and sexual assault of a prominent woman actor from the Malayalam film industry had sent shock waves in the state in February this year.

With prominent and influential actor Dileep being named the eighth accused in the case and alleged to have been the main conspirator in the crime, the industry was divided into people extending their support to the woman actor, and another group defending Dileep.

The investigation team submitted their chargesheet last month and according to several testimonies by a number of people from the industry, Dileep had a grudge towards the assaulted actor. Actor and Dileep's former wife Manju Warrier has said in her statement that Dileep's extramarital relationship with actor Kavya Madhavan was the reason for her divorce from him. 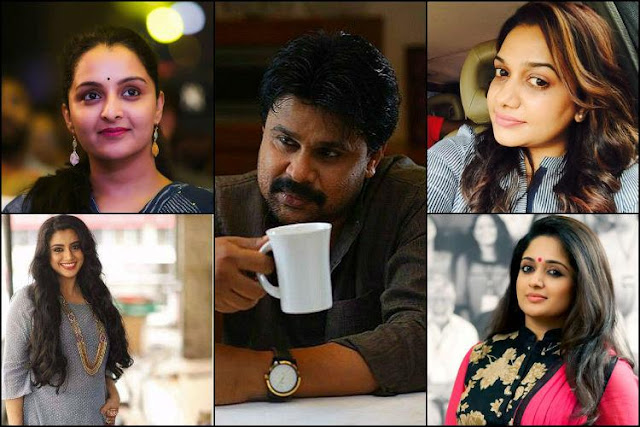 Manju Warrier
The assaulted actor is my friend. The day she was attacked, I went to meet her at her home. When people from the industry held a programme in Ernakulam in response to the attack, I took part in it and spoke at the event. She had told me that it was a quotation gang who was behind the attack and so I said that the culprits must be punished.

I divorced Dileep in 2015 and the extramarital relationship between him and Kavya was the reason behind it. Even before we separated two years before that, there was constant friction between us regarding his relationship with Kavya. And at times, that has paved way for major fights between us. What I heard from the assaulted actor only reinforced what I already knew about the two.

I said at the event that there was a conspiracy behind the crime.

After my wedding to Dileep, I had completely cut myself off from the industry. I hadn't interacted with anyone. I didn't have a world outside my home. One day, I happened to see their messages on Dileep's phone. I shared it with my friends Geethu, Samyukta and the assaulted actor. This was sometime in 2012 when I had seen several messages between Kavya and Dileep. When I told Dileep about what the assaulted actor had told me, he told me that she didn't know anything and that she was ignorant.

Rimi Tomy
I have been a singer for the past 20 years. I have sung in more than 100 films. It was for Honey Bee 2, in which the assaulted actor also acted, that I sung last.

I anchor shows on Asianet and Mazhavil Manorama. I was first introduced to Dileep in 2002, as part of his film Meesa Madhavan. The same year, ahead of the film's release, I went on a Europe trip with Dileep and Kavya Madhavan.

At that point, all of us knew that Dileep and Kayva were close and were in a relationship.

Since Kavya's parents were strict, Kavya and Dileep did not get a chance to spend time together. Our accommodation was arranged in such a way that there were separate rooms for everyone. On the last day of the show, Kavya took permission from her parents and came over to the assaulted actor's room for a sleepover. I was also there. Around 1 am, Dileep came to our room and he and Kavya together went to the bathroom. They returned after sometime. A few minutes after this, Dileep left our room.

I am aware that in February 2012, Manju, Geethu Mohandas and Samyukta went to the assaulted actor's house to speak to her about Dileep's and Kavya's relationship. After they urged her to share whatever she knew, the assaulted actor told them about what had happened during the American trip. Following this, she called me up and told me that I should also tell Manju whatever details I knew about their relationship. When Manju called me, I gave her some information.

Following this, there were issues between Dileep and the assaulted actor. I believe Dileep was close to her before. The films they both acted together went on to become major hits. However, the assaulted actor has told me that she doesn't approve of Dileep calling her up often to chat.

In 2013, during the rehearsal of AMMA show, I have heard that the assaulted actor clicked pictures of Dileep and Kavya sitting together and sent them on a WhatsApp group Manju is also part of. I don't have any business relationship with Dileep or any real estate dealings with him. We do not own properties together.

I came to know about the attack on the actor through TV channels. On February 18 around 9 am, I called up Kavya to tell her about the news. But for someone who was hearing the news for the first time, I felt that Kavya's response was cold and that she wasn't shocked to hear it. I remember thinking that was odd.

I haven't seen these photos. It was during some show that the assaulted actor took those pictures and sent to Manju.

I am aware that the assaulted actor has told several people that I am the reason for issues between Dileep and Manju. In 2013, at Abad plaza hotel during the rehearsal of Mazhavil Amma, the assaulted actor went around saying this and that about me and Dileep. Siddique and Nadhirshah intervened.

She cooked up things about us, she imagined things and went around narrating them in an interesting manner. After this issue, Dileep hasn't spoken to her. Manju left their home when Dileep and their daughter Meenutty (Meenakshi) had gone on an Austrailian trip. I came to know of it only later. I am not in touch with Manju now.

I got married to Dileep in November last year.

On February 13 this year, we went to our Aluva house in order to make arrangements to take passport for Meenutty on the 14th.

Dileep wasn't keeping well at all at that time.  He had fever and throat pain. He was in bed rest mostly. We even consulted our family doctor. On the morning of February 18, I came to know about the attack when Rimi Tomy called me. I don't exactly remember the time when she called.

She told me that the actor was abducted by one Suni and her photos taken. She asked me to check TV channels. But I told her that there was no TV at home. I was going to make tea for Dileep when Rimi called me. By the time I made tea and went to Dileep, he was already speaking to producer Anto over phone. He told me that the woman actor was attacked and that Suni and team were behind it. He told me that he called back Anto since he had missed his calls during the night.

When he asked me for her number, I told him I didn't know it. On the 17th, Dileep was completely under bed rest and I haven't seen him make continuous calls that night. I haven't met Suni, neither do I know him. I have never felt Dileep has any enemies, but now I feel so.

Ad film maker Shrikumar Menon had made derogatory statements against him on social media. He is responsible for Dileep and Manju's divorce.

Samyukta Varma
Aroud 4 years ago, Manju and my friend Geethu came home to tell me that Manju had found some messages between Dileep and Kavya on his phone.

She was upset about it and cried. We met the assaulted actor at her home and her father urged her to tell Manju whatever she knew. She told Manju about the illicit relationship between the two and Manju believed that. Following this, Dileep began to have a grudge against the assaulted actor and I know that because of his influence, she has lost several opportunities.

Kunchacko Boban
I was the hero in the film 'How Old Are You' which was Manju's comeback film. It was directed by Rosshan Andrews.

After I committed to the film, Dileep called me one night and asked me for the details of the film. He spoke to me in a way that made me feel that he wanted me to quit the film and not act opposite Manju. I told him that in my films, I am not the one to decide the female lead, that it is the director who does that.

However, even if it was against ethics, I told him that I will back out from the film on the basis of my friendship with him, but only if he asked me to. Dileep did not. He continued to talk to me and I felt that he wanted me to quit the film on my own. I have heard that Dileep had tried to replace the assaulted actor from the film Cousins.