The cover of Anita Nair’s Eating Wasps had been a source of intrigue from when I first saw it. There was no face. Just bright red lips, wasps, a splash of blood red around the lips... I’d wondered if this too was going to be a noir novel, like her popular Inspector Gowda series. When I read the book though, I realised that the cover was layered with meanings. Of wasps eaten. Of stories told and untold. Of yearnings spoken and unspoken. Of violations and violence. Of ordinary women turned extraordinary by their circumstances.

In what should go down as the best pithy first line in contemporary Indian English fiction, Sreelakshmi, Nair’s protagonist says in the Prologue:

On the day I killed myself, it was clear and bright. It was Monday. A working day.

Nair turns her gaze, in this new work, towards those who are most in need of kindness. Even when they do not see themselves through kind eyes. She is gentle on her women, and there's 10 of them in this book. Each one maneuvering life and its challenges in earnest. There’s the other woman, the child, the abused, the abusive, the revenge-taker, the hider, the seeker, the one walking away with her head high, the one embracing life, the one rejecting it… Nair doesn’t sit on a high horse and tell you which ones to like and which ones to hate. There are no easy heroines and vamps. 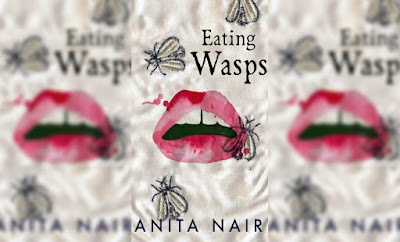 It is also a story of strangers, women, extending kindnesses towards each other. Which is what, despite the death in the first sentence, and the palpable presence of violence through the book (there’s child abuse, acid attack, stalking, cyber-bullying and more), makes it so soulful, stirring up a warm feeling.

A long time ago, one of her schoolteachers had told her to stand barefoot on the grass and gaze at the stars. You will find nothing in between is of any consequence, she had told her, when she caught Urvashi crying silently into a book in the darkest corner of the school library.

And Urvashi, a journalist in the novel, who pays the kindness forward by giving up the idea of interviewing badminton player Brinda on just why she quit playing:

Brinda was entitled to choose how to live her life.

Sreelakshmi, based loosely on the Malayalam writer Rajelakshmi is the storyteller in every sense of the word in this book. Not only is she a Sahitya Akademi award-winning writer (like Rajelakshmi and Nair herself) telling stories while alive, it is this dead writer’s soul that lingers in her bone relic as it travels among a sisterhood seeking refuge in a resort by the river Nila, that brings us this book.

Sreelakshmi says in the book:

Ghosts and writers are more alike than you think. We can be what you want us to be. We can hear your thoughts even if you don’t tell us. We can read the silences and shape your stories as if they happened to us. And I was both: a ghost and a writer.

Eating Wasps has many likeable characters but my favourite was Theresa. Unreliable as a narrator. And vile. Someone who leapt out of the pages and someone I could almost hear. Nair wrote Theresa for a performance piece. It was written to be read at The Forum in Rome with live music by Nair. It then became a play and little bits kept getting added to the story over time like elegant furniture to a room. “Theresa and her pure malice though is something that was right there from the beginning.”

Confessing in a church Theresa describes what she’s done to her sister Molly:

Once, I left an unniappam under the pillow in her bed. The ants bit almost every part of her.

Nair’s prose is breathtaking and showcases with great clarity the emotional as well as physical landscapes these women traverse. Gritty, traumatising, gentle, shocking and sensual by turns, the novel, Nair tells me took its toll on her health. “I fell ill, physically ill, while writing this book,” she says. “I think this is probably the bravest book I’ve written. When you are writing a book like this you have to plumb your own darkness and your own insecurities. Monsters that you don’t want to bring out. Most people don’t even want to acknowledge that there are these dark parts to their psyche. But to be able to write about these characters I had to look within and see how I felt. It was horribly intense. Debilitating. And I was quite ill.” Nair started work on a kids book while writing Eating Wasps to alleviate the darkness but after a while, she couldn’t do both. “This book got way too intense.”

Even as Nair turns her attention towards the human condition, and writes about the disappointments small and large that punctuate life, Eating Wasps has repeatedly been written about as a book by a woman about women. If a man were to write an anthology about men like this, it would have perhaps been written about and spoken about very differently. Are women not human enough in literature? “I think that when women write about women it’s always seen as a subcategory. It isn’t given the gravitas or heft that even a man writing about women is given. It’s this thought that people have that the male thinking brings with it a certain gravity that the female writer is incapable of bringing,” Nair points out.

What is the book about for Nair? “An axiom we are all – fathers, brothers, sisters and mothers – told in life is that we must toe the line. When we don’t we have to face the consequences of our actions. This is a book about women who don’t toe the line and who for whatever reason have to walk away from everything because they need to reshape their life entirely. It’s a book about personal agency. To be able to galvanise your own resources and coping with mistakes your own as well as those of others.”