The Surrogacy Bill which was passed yesterday is a disaster to say the least. Which is tragic, considering how much time and effort experts in the field put in to persuade the government to correct this very flawed bill, which was tabled two years ago. The bill has been passed without incorporating any of the very valuable suggestions which were given at that time. Even on a totally superficial reading, the obviously discriminatory elements in it stand out.

A more detailed reading discloses how little the drafters of the bill have understood the medical need for having surrogates to help some couples (not all) who are undergoing fertility treatment.

Altruistic surrogacy reinforces the myth that a woman’s duty is to bear children and does not even take into consideration the effort and labour she puts into it.

The fact that she is putting her own life on hold for a whole year and undergoing medical treatment in order to carry a child for another woman has to be viewed realistically and properly compensated.

By insisting that only close relatives can 'volunteer' to become surrogates one more myth is reinforced — that the family unit is the safest place. In reality, families are known to be exploitative as well as oppressive. They could use all kinds of pressure to make a young and powerless relative offer the services of her womb for free.

As of now, during the fertility treatment and the hiring of a surrogate, caste and community do not come into play. The 'donors' of the gametes are anonymous, and fertility clinics do not normally give the intending parents a choice as to who the surrogate will be. Forcing intending parents to use gametes “altruistically” donated by a relative and also use only the womb of close relatives is in a way reinforcing old patriarchal and caste-based prejudices. It can also open the doors for emotional or even financial blackmail in the future. 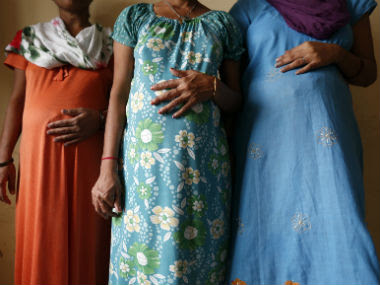 Today, commercial surrogates are protected by the contract they sign with the intending parents. The intending parents too can be sure that they will not be blackmailed or subjected to extortion by the surrogates or their agents. Altruistic surrogacy takes away that umbrella of protection from both sides.

Excluding groups of people like single parents, divorcees, gay couples, couples who have been married for less than five years, is not only discriminatory, it also throws out a large chunk of people who are really in need this intervention to fulfill their desire to have children of their own. Requiring couples and surrogates to get eligibility certificates only introduces one more exploitable piece of bureaucratic red tape, which can be misused by agents to milk money from all the parties concerned.

The criteria for eligibility are very exclusionary and do not take into consideration the ground reality. All women who go through fertility treatments do not need surrogates. The help of a surrogate is required when a woman is unable to carry a baby for medical reasons, such as being born without a womb or having a damaged womb.

The womb is a very personal space for a woman. It is hers to use as she wishes. If she wishes to use it to earn money, it is her prerogative to do so. The only role the State has to play is to ensure she is not exploited by unscrupulous elements, and this can be done by recognising it as legitimate work and making sure she is properly compensated and insured and has the right to seek justice if she is exploited.

The bill has not addressed some important issues pertaining to the rights of the child and protection of the surrogates. For instance, it would have made more sense to ban people with criminal records, human traffickers, organ traders and others with a dubious background rather than law abiding citizens who genuinely desire to have a child. It has not also properly addressed several ethically as well as medically important issues pertaining to the use of gametes, the storage and use of embryos, as well as the use of the byproducts of ART for research.

These are just some of the problems with this flawed bill, which threatens to create many, many more problems than it set out to solve.