From his earliest novel, Ghosh has asked uncomfortable questions about identity, borders, and how complicit we are in the making of disasters.

It is no secret in the corridors of the Departments of English in India’s colleges that we love Amitav Ghosh. Courses of contemporary Indian writing in English will usually have a representation from Ghosh. And at least one avid member of faculty will refuse to ever give up the Ghosh novel on the syllabus for fear it may land into incompetent hands (The horror! The horror!)

We love Ghosh because his writing is stellar, of course, but mostly, because he is deeply, uncompromisingly, political. The 2018 Jnanpith Award, making Ghosh the first writer in English to be honoured thus, is good news for the times we live in (and not just for Departments of English). Not because we need yet another award for writing in English, obviously. Those are perhaps more prolific even than the litfests dotting our cultural calendars.

The award, however, is a recognition of English as an Indian language, a language with rhythms and narrative compulsions drawn from a unique, complex, cultural matrix. It is good news for Indian writing in English across regional boundaries as well as for the political intent / content of such writing. From his earliest novel, The Circle of Reason (1986) to his latest work on environmental concerns, The Great Derangement: Climate Change and the Unthinkable (2016), Ghosh’s voice has tackled uncomfortable questions. What makes for individual identity? What do borders mean? How complicit are we in situations we deem disasters? That he asks these difficult questions is precisely why the award matters now more than ever and why more readers need to put him on TBRs and Goodreads challenges and fall in love with his writing, if they haven’t, already.

Historicity
A popular place to begin with for a ready reckoner of Ghosh’s fiction is The Shadow Lines. Narrated by an unnamed male character, the story begins in Calcutta, unfolding languidly, like an adda session in a Kolkata paara, before moving on to other cities, in manic journeys of discovery and self-awareness. The anonymity of the narrator is crucial to the narrative. It seems to take the reader into confidence, lull them into a sense of complacency – this could be their story, after all – and makes it all implode by turning them into witnesses of violence and mob frenzy. Ghosh forces the reader to confront the communal riots of 1963-64 that erupted in Dhaka and Calcutta and were possibly an echo of the violence of the partition.

Using history as the canvas for his stories is standard practice in the Ghosh fictional universe. If the East Pakistan riots shape characters and events in The Shadow Lines, The Glass Palace is a veritable education in the Third Anglo-Burmese War, the subsequent extradition of the royal family to India, the economic changes sweeping over Burma, all the way to the Second World War and its aftermath. The novel sometimes reads like a (rather long) documentary on paper but always reclaims attention with its grand family saga and multiple love stories. At the core, human emotions juxtaposed with human greed that destroys communities and shapes history. 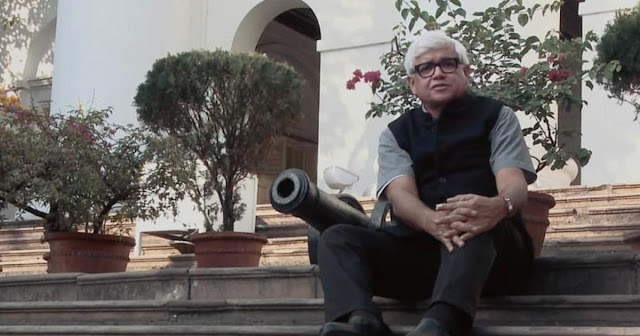 Much of the same historical scope is seen in that behemoth, the Ibis trilogy. The books begin with what came to be known as The Great Experiment – the large scale migration of indentured labour to Mauritius in the 19th century. Men and women, mostly from present day Uttar Pradesh, Bihar, and Bengal, made girmits, or agreements, to settle in foreign lands and found themselves sold into what amounted to little better than slavery. The Opium Wars between China and the British Empire form the other, related, historical backdrop to the novels.

Sea of Poppies (2008) opens in caste-ridden Ghazipur, where a flaming field of poppies is a brutal reminder of British imperialism and the complete annihilation of the agrarian Indian economy. The second book in the series, River of Smoke (2011), transports the reader to China, the merchants’ quarter, Fanqi Town, nosing right into the conflict between Chinese authorities and the foreign merchant community in Canton. Flood of Fire (2015) concludes that arc through its navigation between the fortunes of India and China, both prey to imperialist enterprise. Human emotions and human greed, always the warring forces in Ghosh’s historical narratives.

History also plays a critical role in The Hungry Tide (2004). The seminal event here is the Morichjhanpi incident of 1979 where intervention by the state government, meant to displace refugees from Madhya Pradesh into the Sundarbans in West Bengal, led to large scale violence and the loss of many lives. State complicity in such explosive scenes of violence becomes another lingering concern in Ghosh’s writing, particularly his non-fiction.

Displacement and identity
Ghosh, from what multiple biographical accounts tell us, grew up in different cities, travelled to a host of others, has worked/lived in a fair number. The sense of displacement, the erasure of boundaries, and the consequent questioning of what forms identity is visible in most of his work. The Calcutta Chromosome (1995), opens in futuristic New York where Antar, American of Egyptian origin, data analyst of some boring sort, finds himself trying to uncover the mystery of a missing person, first revealed to him as a partial identity card.

An entire person, reduced to a series of statistics, in a government-recognised identity card. Sound familiar? Prescient even? Considering it won the Arthur C Clark Award in 1997, we could possibly brush it off as simply science fiction. Identity, however, remains fractured and complicated in all of Ghosh’s fiction.

This rupturing of conventional markers of identify paves the way for a fairly feminist cast. Ghosh’s female characters do not need to pander to patriarchy. Whether it is May, pursuing music and do-gooding in London (Shadow Lines), or Piya unmindful of her Indian roots in pursuit of her career (Hungry Tide), or Sonali choosing to shock the bhadrolok in Kolkata (Calcutta Chromosome), or Paulette refusing to conform to gender or racial norms (Ibis), the women remain unapologetic and individual. In Deeti (Ibis) he even gives us the unbending matriarch, the maker of families and fortunes, not kowtowing to masculine figures of authority in her life.

Displacement makes for interesting identity politics in the novels. The Burmese royal family holding on to traditions from an increasingly irrelevant past is forced to adapt to new cultural mores. Tridib, the narrator’s hero in Shadow Lines, lives his life on the fringes of the real and the imagined, telling stories, making up personal mythologies. Caste, the great Indian dividing line, ceases to mean anything in a very interesting episode in The Hungry Tide when the high-caste, high-class, city slicker is forced to cede superiority to a lowly boatman when he finds himself on the boatman’s turf. It doesn’t come naturally, or easy, but it happens. The girmitiyas aboard the Ibis lose their pasts, retain their songs and stories and forge not just new, composite linguistic structures, but a whole new community, brave world or not. Transition, in this post-identity world, is constant.

Climate crisis
Ghosh’s recent work has been on climate change and the need to conserve the limited resources we are left with, thanks to human rapacity and the inability to engage with crises not directly staring us in the face. The Hungry Tide reads almost like a cautionary tale, especially in the context of what he shares, in The Great Derangement, as notes written in the Sundarbans in 2002:

“I do believe it to be true that the land here in demonstrably alive; that it does not exist solely, or even incidentally, as a stage for the enactment of human history; that it is [itself] a protagonist.”

Land then, is not just a commodity to be controlled, but an entity that can rise in rebellion and mete punishment. Ghosh correctly identifies climate crisis as a crisis of culture and one that needs the immediate intervention of “serious fiction” to legitimise actionable conversations. This focus on the ethos of conservation, however, is not necessarily “new” in his writing. Unmitigated greed leading to collapse of intuitions and societies has been a common refrain through his oeuvre, in his detailed historical/cultural studies of imperialistic exploitation in India, Burma, and China. The only difference, perhaps, is in now talking of ecological refugees alongside political refugees.

Which brings us back to the politics of Ghosh’s fiction and non-fiction. In an essay titled “The Greatest Sorrow”, published in Incendiary Circumstances (2005), Ghosh mentions another writer who is a favourite with departments of English all over the sub-continent – Shyam Selvadurai. He describes Selvadurai’s Funny Boy as unusual in that it is an immigrant’s story and yet, not the story of an arrival but of a departure. The same might be said to be true of Ghosh’s stories.

They are about departures and going away; about leaving “home” and accepting challenges. In centring relocation / departure / displacement, he destabilises the status quo, and forces his readers to perform that very difficult act – ask questions. His Jnanpith award is good news indeed for anyone invested in a nuanced reading of history and probability.