The year was 1994. It was the week leading to the release of Veera when Rajinikanth unexpectedly called for a press meet, announcing that his next film would be Baasha. Rajinikanth had immense confidence in our combination following back-to-back hits such as Annamalai and Veera. Naturally, the title Baasha sent fans into a tizzy and expectations rose to mammoth proportions. Ever since its inception, I was clear on one thing — the villain has to match the hero’s might. And hence, I began developing the character arc of the villain after sketching out Manickam and Baasha. 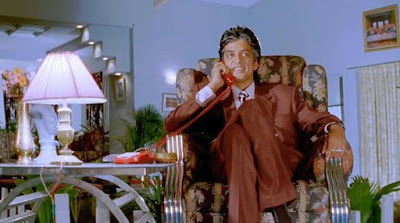 I zeroed in on the name Mark Antony for the villain’s character. We did approach a few names in Bollywood, but nothing was working out. At one point, it dawned on me that the battle between Baasha and Antony was not between fists, but minds. It was only at this juncture that Raghuvaran's name popped up. Something was unique about him — he was tall and had a deep voice. When someone mentioned his name, both Rajini and I agreed instantly. Then I met Raghuvaran at his residence for the narration. He was intently listening to me without even batting an eyelid. I finished the narration, but he didn’t react. I wondered if he liked it or not, because the silence was killing me!

I stole a glimpse at his manager who seemed equally clueless. In a split second, our eyes met. His eyes went wide suddenly. He was also clenching his teeth since his jaw was visibly shaking. I had heard stories of how lonely he was and that he was prone to mood swings. All these thoughts were running in my head when Raghuvaran, in his now-signature baritone voice, said, “Antony...Mark Antony.” Wow. It was a killer moment! The Antony that I imagined was sitting right before me. After my initial excitement, I shook his hand and hugged him. And that's how my Antony was born.

Raghuvaran was brilliant throughout the shoot. Whatever little that he spoke, he conveyed through his powerful eyes. Rajinikanth loved everything about Raghuvaran — his look, voice and performance. It was such a pleasure to see two great actors acknowledging each other’s talent. Be it the scene at the Gateway of India or the one where he looks at Devan after escaping from jail, there are so many moments that I could share. 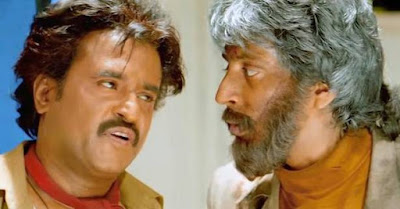 When Antony is left alone at the five-star hotel, his expression was amazing. While watching the final copy, there were instances where Rajinikanth would swear at him for putting out an impressive performance. We all would laugh... Raghuvaran made the character immortal. During this film, I became good friends with Raghuvaran. I hardly imagined a film without him. That’s why I wanted him to play the elder brother in Aahaa, which was a contrast to what he was doing then. It was also about this time that he married Rohini. He looked so charming and handsome that he gave a wonderful performance in Aahaa too. I cannot forget Raghuvaran’s spontaneous reaction to the lyric ‘Azhagiya Raghuvaraney’ in the antakshari sequence. It was just lovingly done. We went on to collaborate again in the Telugu version of Aahaa and Oruvan in Tamil.

In fact, we were supposed to work together for Baba as well. When we were discussing about the casting, both Rajinikanth and I wanted Raghuvaran to play the role of the bad Chief Minister. Raghu, too, was excited about the prospect. However, since he was a great devotee of Sai Baba and there were scenes that required him to curse the hero, Raghuvaran was apprehensive about playing that character. We finally agreed not to cast him and zeroed in on a Hindi actor to play the role.

Even after all these years, Raghuvaran remains one of the finest actors we had. He died too soon. Had he been alive today, he would have definitely played a variety of characters, of course, in his own style. His screen presence was par excellence. His deep, resonant voice was magical. Whenever he used to call me, he would say, “Hi Suresh...This is Antony...Mark Antony.” I still hear that voice.

ps: The writer is a noted filmmaker and has worked with actors like Rajinikanth and Kamal Haasan