Shares of the pharma and medical giant Johnson & Johnson have tumbled sharply after an investigation suggested the company had known for years its famous baby powder was contaminated with cancer-causing asbestos.

Reuters published a lengthy enquiry into one of the company’s most celebrated products, that claimed as early as 1971, the New Jersey-based multinational was aware that small amounts of asbestos were present in the talc. It has continued to insist the baby powder, sold with the company’s distinct logo, remains safe.

Johnson & Johnson strongly rejected the claim on Friday and insisted the product is entirely safe.

“Plaintiffs’ attorneys out for personal financial gain are distorting historical documents and intentionally creating confusion in the courtroom and in the media,” Ernie Knewitz, J&J’s vice president of global media relations, said in a statement.

“This is all a calculated attempt to distract from the fact that thousands of independent tests prove our talc does not contain asbestos or cause cancer. Any suggestion that Johnson & Johnson knew or hid information about the safety of talc is false.” 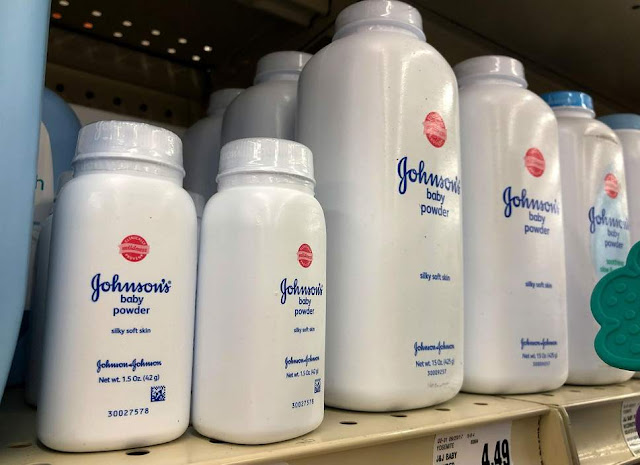 The investigation published by Reuters, examined company memos, international documents, along with deposition and trial testimony. The news agency said it showed the company, established in 1886, know of the positive tests, and that senior executives, mine managers, scientists, doctors and lawyers worried about how to address the problem, while failing to disclose it to regulators or the public.

It said almost 12,000 plaintiffs were suing the company, claiming that its talc caused cancer. Among them were 6,000 women with ovarian cancer.

Scientists have long linked asbestos to mesothelioma, which is associated with ovarian and other cancers, said Reuters.

On Friday, as news of the investigation spread, Shares of Johnson & Johnson fell by more than 6 per cent, on track to post their biggest percentage drop in more than a decade.

The decline in shares wiped off about $24bn from the company’s market capitalisation.

In a statement posted on its website, Johnson & Johnson described the Reuters report as “one-sided, false and inflammatory”.

“Johnson & Johnson’s baby powder is safe and asbestos-free. Studies of more than 100,000 men and women show that talc does not cause cancer or asbestos-related disease,” it said.

“Thousands of independent tests by regulators and the world’s leading labs prove our baby powder has never contained asbestos.”

It added: “Johnson & Johnson will continue to defend the safety of our product.”