How to reduce risks when backpacking abroad

The Lucie Blackman Trust recommends travellers keep a log of their trip, including details of anyone they have met and plans for the week ahead

New Zealand Police investigating the murder of British backpacker Grace Millane say that a body has been found and the search for the young traveller from Essex is now at an end. A 26-year-old man currently being held by police has been charged with killing Grace.

As her family and friends grieve for her loss, the tragedy raises questions about the safety of travellers abroad – in particular young people on gap years.

How common are cases like this?
This awful case is the latest tragedy involving a British traveller abroad. Yet statistically the chances of coming to harm have never been lower. Sadly in an average year around 600 British travellers lose their lives abroad, but by far the leading causes are car crashes and accidents in water.

Tragedies which appear to involve the deliberate killing of a traveller by a stranger are very rare – in most cases of homicide, the perpetrator is someone known to the victim. But the charity, the Lucie Blackman Trust, which helps care for the families of British travellers who are missing abroad, is still looking for at least seven people who disappeared last year and 10 who went missing in 2016. 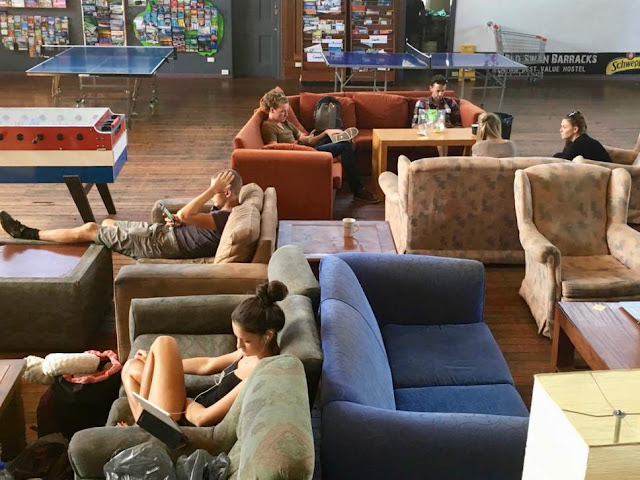 Are people travelling on their own particularly at risk?
There is certainly safety in numbers – but that does not mean that travelling solo is a bad idea. On the backpacker circuit, it is easy to team up with other travellers at hostels.

When making journeys alone, technology makes it easy to communicate details of when and where someone is travelling – if they don’t show up as expected, then the authorities have a starting point for their search. But in almost all cases, there’s a good reason why someone is out of contact, ranging from their phone battery running out to a spur-of-the-moment change of plan or plain forgetfulness.

Grace Millane: Man to be charged with backpacker's murder
The Lucie Blackman Trust says many cases get solved within a few days. The charity recommends that travellers keep a log of their trip including details of anyone they have met and their contact details, and email it to friends and family every week – along with plans for the week ahead.

In some countries, for example New Zealand, a messaging service helps keep visitors safe. When you text your location and travel movements to 7233 (which is SAFE on dialpads with letters), the details are stored on a central database and released to police if necessary.

How dangerous is New Zealand?
The roads are twice as lethal as in the UK, and as New Zealand is an adventure destination, the casualty rate is increased accordingly. But as the government says: “New Zealand is generally a very safe place to travel with a relatively low crime rate, few endemic diseases and a great healthcare system.”

To enhance safety, Tourism NZ makes two specific recommendations: “Travel with someone you know and trust whenever possible.

“We recommend you don’t accept rides from strangers and don’t hitchhike.”

Grace was in a big city when she went missing. What extra care is needed in such places?
Big cities can be bewildering and they are also places where some wrongdoers seek out vulnerable travellers. So time your flight to arrive in daylight: it will help you get your bearings and enhance safety. Even if you like to make things up as you go along, it is worth booking your first night’s stay and telling family and friends where you will be.

To reduce the risk of being a target, dress conservatively and avoid the appearance of affluence; do not wear expensive-looking jewellery or a flashy watch, and keep your phone out of sight.

Standing on a street corner peering at your phone trying to work out where you are and where you need to go suggests helplessness, so work out your moves before you set off.

Don’t wear headphones and disappear into your own little world of music; be open to the sounds of your destination and alert to any potential dangers.

For getting around, use public transport – though be wary late at night – or a traceable ride-sharing firm, or a reputable taxi company recommended by your hostel or hotel. And keep a mental note of “safe havens”, such as police stations, hotels, and hospitals.

Check the Foreign Office travel advice to see if there are any specific risks; for example, in Cambodia it warns of “incidents of female travellers, including British nationals, being sexually assaulted in Siem Reap and Sihanoukville”.

There has been speculation that a dating app may have been involved in Grace’s disappearance. What perils does online contact bring?
Don’t meet strangers at unknown or remote locations – meet and stay in a public place with plenty of people around, and never at your hotel or hostel. Don’t discuss travel plans or other personal matters with a stranger.

Alcohol or other drugs can reduce your awareness – and your ability to deal with danger – so go easy, and if you feel lightheaded there’s a chance that a drink has been spiked, so alert someone at once.

If your date pressures you to move to a different, less-public location, leave at once, and ensure that you are independently in control of your own transport in case you need to leave swiftly.

For backpackers and anyone else who’s travelling abroad, what is the most effective way to minimise danger?
Be aware that risks on the roads increase sharply as soon as you go abroad – and in some very popular destinations with British travellers, accident rates are extremely high: Turkey has almost four times as many road fatalities per capita than Britain, while Egypt has a fatal accident rate nearly 10 times higher. And South Africa, Kenya and Thailand are extremely dangerous for road users.

In those countries and many others, aim to stay off the roads as much as possible, and use rail or air for longer journeys if you can. Where there’s no alternative to a road journey, try to book a bus trip with a reputable company.

Never be tempted to have a couple of drinks at lunchtime and then rent a motorbike on a Greek or Thai island; the World Health Organisation rates Thailand as the world’s deadliest country for motorcycles, with an average of one fatality every 40 minutes.

Anything else?
The second most valuable precaution is about water, specifically if you are planning on swimming in the sea; make sure you know how to identify a rip current and how to survive it.

If you are booking trips locally, for example to visit the hill tribes of northern Thailand or a hiking trip in Peru, talk to other travellers to get their recommendations on reliable organisations and individuals.

Finally, enjoy the adventure but don’t drop your guard: if you feel uncomfortable with a situation, then get away from it.

(Source: The Independent)
Posted by Arjunpuri at 06:30