Cruise ship service from Qatar to Oman and Kuwait soon

Minister of Transport and Communications H E Jassim bin Saif Al Sulaiti toured the ship, which is currently docked at Doha Port.
From Doha to Oman, the cruise ship is expected to take around 20-25 hours and same time to return to Doha Port.
The France-made ship has 237 rooms and boasts of many facilities like cinema hall, meeting rooms, restaurants, cafes, and medical facilities like doctors and nurses.

“We want to contribute to strengthening the relationship between the countries by carrying more people. It has not been used in the Gulf before and it is the first time for the region,” Faisal Mohamed Al Sulaiti, owner of the ship told The Peninsula.

“We are the pioneer in this type of business and we are sure it will be successful because there is a huge demand for this kind of service,” he added.

Initially, the ship will be going to ports in Oman and Kuwait, but the service can be extended to Iran, if there is enough demand for the route. 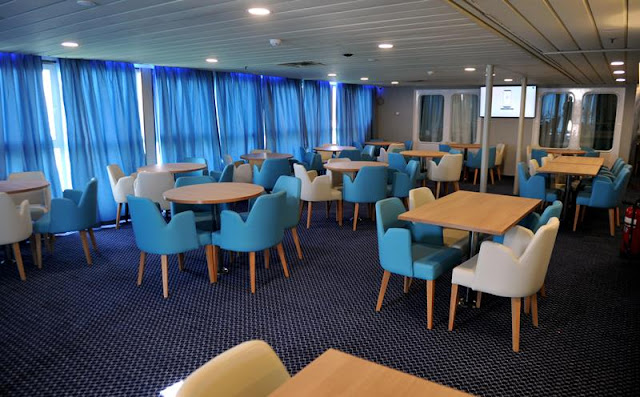 “After the blockade, a lot of passengers have the limitation of driving through the borders to neighbouring countries. So we are giving people the flexibility to go with their own cars. They can disembark in Oman or Kuwait and they can drive around,” said Faisal Mohamed Al Sulaiti.

The France-made ship has 237 rooms and boasts of many facilities like a cinema hall, meeting rooms, restaurants, cafes, and medical facilities such as doctors and nurses. In case of any emergency, there is a facility for helicopter landing in the ship.

From Doha to Oman, the cruise ship is expected to take around 20- 25 hours and same time to return to Doha port.

Apart from passengers, the ship will also playing a major role in cargo movement.

“We expect this service to be very successful. We will also be carrying the cargo in order to balance the revenue,” he said. Transporting of cargo will mean additional revenue for the ship.

The details about fares have not been finalised yet and will be announced soon, he added. 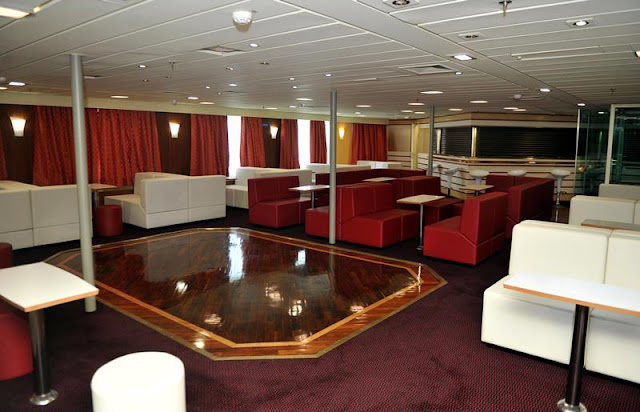 The management of ship is in talks with authorities in Oman and Kuwait to ease visa requirements for expatriates in Qatar, so that they can also take a trip to these countries.

Travel agents will handle the reservations for passengers and cars while cargo booking will be done by forwarding and shipping agents. “We have a good capacity in order to carry passengers, cars, trucks and heavy trucks. We have a good facility inside the ship for our guests,” said Manolis Moutsatsos, Captain of the cruise ship.

(Source: The Peninsula)
Posted by Arjunpuri at 06:30