Was the Facebook '10 year challenge' a way to mine data for facial recognition AI?

Last week a new Facebook challenge went viral asking users to post a photo from 10 years ago and one from today captioning “how did aging effect you?” Now being called the “10-Year Challenge.” Over 5.2 million, including many celebrities, participating in this challenge. It follows closely after the “Bird Box Challenge” and the “Top Nine Photos of the Year Challenge” but this one has caused quite a stir and some concern from users.

Speculation arose about the motive behind this viral challenge and had users questioning if this was a ploy by Facebook to use for facial recognition data. Kate O’Neill, a writer for Wired, wrote an op-ed exploring the possibility that this was more than just a fun challenge to share with friends.

“Imagine that you wanted to train a facial recognition algorithm on age-related characteristics and, more specifically, on age progression (e.g., how people are likely to look as they get older). Ideally, you'd want a broad and rigorous dataset with lots of people's pictures. It would help if you knew they were taken a fixed number of years apart—say, 10 years,” said O’Neill.

However, many people have argued that Facebook already has access to these photos since the challenge often asked people to share their first profile picture to their current. O’Neill argued that people don’t always upload in chronological order and many people have profile pictures other than themselves like cartoons, family members, animals, political statements, etc. This challenge gives Facebook the opportunity to have a “clean” version of who you are by the context you add such as telling your age in the photo, year or other given information that you share in the post.

According to NYU Professor Amy Webb, this photo challenge is a “perfect storm for machine learning.” Webb is currently working on an upcoming book on how AI can manipulate humans.

Facebook insists that they were not involved in the start of this challenge and had no “benefit” from it going viral. "This is a user-generated meme that went viral on its own. Facebook did not start this trend, and the meme uses photos that already exist on Facebook," the company said. "Facebook gains nothing from this meme (besides reminding us of the questionable fashion trends of 2009). As a reminder, Facebook users can choose to turn facial recognition on or off at any time."

However, with 2.2 billion users uploading hundreds of millions of photos a day, it’s not to say that the algorithm for facial recognition will not benefit from a challenge like this adding more to their already robust database of faces. Facebook has been working with facial recognition technology for the past few years with things like tagging photos and now recognizing photos you may be tagged in, even if you are not connected with the person who posted the photo on the social platform. So even if you do turn it off, your face still lives somewhere in the platform. 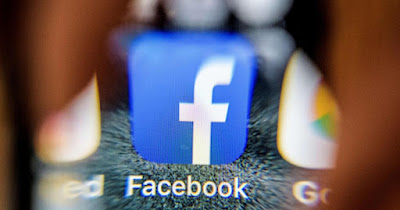 "You can delete cookies. You can change browsers. And you can leave your smartphone at home," says facial recognition expert Alvaro Bedoya, executive director of Georgetown Law's Center on Privacy & Technology. "But you can't delete your face, and you can’t leave it at home."

While the most likely scenario for Facebook to use this technology is for targeted advertising and personalized experiences, since this is where their profit comes from, the concern is with how it could be used outside Facebook if they were to sell or share this technology. Facebook currently says that it has no plans to make people’s facial recognition data available outside of the platform, but there is no law stopping them if they want to and therefore they can change their minds at any time.

This is not an unlikely case since both Amazon and Google have been caught sharing their technology. Google photos use their technology to recognize not just people in the photos but can categorize by objects in a photo. For instance, if you search “car” in your photos it will bring up every image in your library that the algorithm recognized as having a car, even in the background.

Google recently faced a lawsuit for scanning and saving the biometric data of a woman who was unwittingly captured in 11 photos taken by a Google photos user on their Android phone. The lawsuit was dismissed by the claim that the plaintiff didn’t suffer “concrete injuries” but it raised concerns about privacy when there are camera phones everywhere now. Imagine being able to find the person who was in the background of your 2004 vacation photos at the beach in a matter of seconds online.

Amazon took some heat from The American Civil Liberties Union for selling facial recognition technology to the government, specifically law enforcement agencies, such as police departments in Orlando and Washington County, Oregon. This could be a major concern for the privacy of citizens. “The police could use the technology not only to track people who are suspected of having committed crimes, but also people who are not committing crimes, such as protesters and others whom the police deem a nuisance,” said O’Neill.

Many people don’t realize how their face can be connected to the rest of their available information just like an instant background check, except more accurate. A recent study said that an average American citizen is on a camera an average of 75 times per day and each day the number grows of those that have facial recognition technology. While this benefits crime prevention and can keep people safe, it is an eerie statistic.

Retailers are now using the information to identify convicted shoplifters and alert loss prevention agents in just under a second. While this can help prevent loss for companies, this creates a major concern of targeting innocent shoppers and invading the privacy of those shoppers.

There are some great use cases to defend the technology. The technology gives social media the opportunity to recognize trans people who have transitioned over the last 10 years and may not be recognized in the facial recognition technology from previous photos. Recently, Uber had an issue where a transgender Uber driver in Iowa had to travel two hours because the app’s facial recognition was unable to identify her identity. This technology could help prevent this from happening again.

Another best-case scenario, as O’Neill points out, is the ability to find missing kids who have aged. Just last year, police in New Delhi tracked down 3,000 missing kids in four days using the facial recognition technology. However, this raises the question of how young we should be doing facial recognition and where is the line between children and adults being tracked with this technology.

So individually, all of these facial recognition technologies are innovative and great for certain reasons. However, when combined they can become a dangerous tool for hackers and tracking. Many of us provide more information than we even know to our social media and don’t question where that information is going or how it’s being used. But with all the data breaches and questionable choices from Facebook recently, it is probably a good idea to question these technologies. Especially since there is very little that is public about how this technology is being used and no federal laws governing the use of it.