Vincent Dolman spotted the gesture on a visit to India and found it to be delightfully unconventional.

A surprising cultural norm prevails in India: Men here like to hold hands.

Though masculinity is rigidly defined and homophobia rampant in the country, the practice is so common that it is rarely noticed. British fashion and celebrity photographer Vincent Dolman, however, found this gesture to be delightfully unconventional, and an interesting contrast to the West, where homophobia and cultural norms have made men of all ages uncomfortable with this kind of physical contact.

Dolman, who’s photographed the likes of Rihanna and Eminem, has been coming to India every year for a decade. On his return from a recent trip, he came across a photo he took of two men holding hands by the colonial-era Gateway of India in Mumbai. Charmed, Dolman decided to return to find more men hand-in-hand.

In June, he was in Mumbai for a week, wandering around the city, photographing hundreds of men of all ages holding hands on the beach, by the Gateway, and in the streets. The result is a series of around 15 images that capture a unique quirk of Indian life – and masculinity.

“It’s about friendship, and Indian men do it without even thinking about it...I found it really beautiful. It’s quite gentle and nice,” Dolman told Quartz. “But [the photos are] kind of holding a mirror up to Western society, saying, look, what have we lost? We’re just not like that with each other, and it’s sad really.”

Many of the men holding hands in public were quick to smile and laugh over being noticed by a photographer. Naturally, none thought there was anything remarkable about what they was doing.

“Sometimes, at the beginning, we’d stop people and I’d say, ‘Why do you hold hands?’” Dolman said. “And they were looking at me like I was stupid, like, why wouldn’t you hold hands, we’re best friends!”

Eventually, Dolman wants to expand the project to include other parts of India, seeking out men holding hands in the Himalayas and beyond.

Here’s a selection of his photographs from Mumbai: 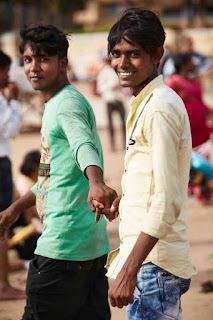 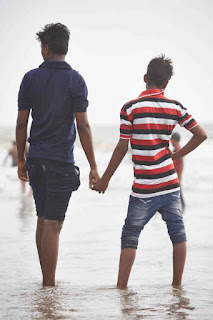 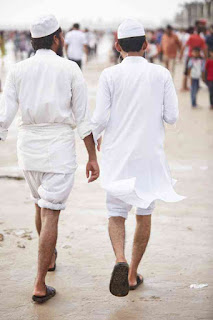 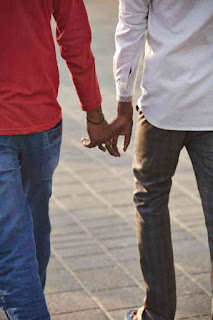 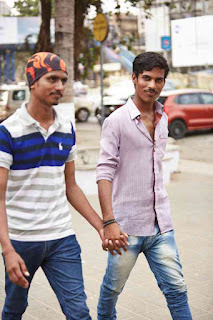 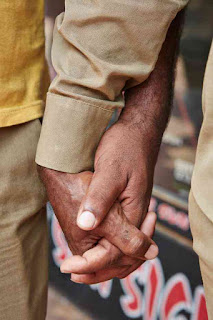 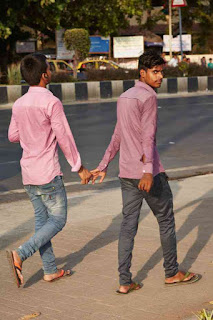 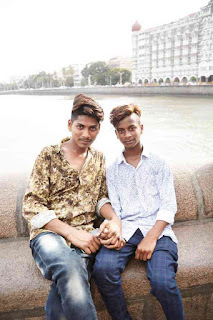 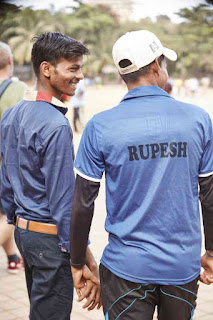