Supermarket giant Iceland has continued to sell own-brand products containing palm oil despite pledging to stop doing so by the end of 2018.

The retailer made the promise last April, saying demand for the oil was devastating rainforests in Asia.

But Iceland still sells 28 own-brand products with palm oil or fat, as well as more than 600 from other brands.

Iceland said it had "fulfilled" its promise and no longer made own-brand products containing palm oil. 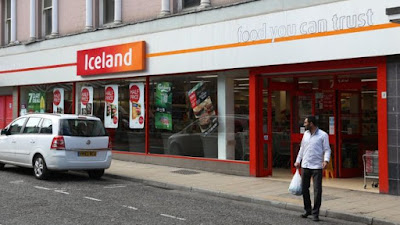 It added that own-brand products still available were old stock, including frozen desserts and frozen pastry products, which "obviously have a longer shelf life than fresh and chilled food lines".

However, the BBC also found non-frozen perishable goods such as fairy cakes, hot cross buns and jam tarts - all made with palm oil - available to buy online. One product carried a logo saying it was "new".

The BBC was also able to purchase frozen own-brand products containing palm oil in store, though not fresh ones.

Iceland said: "If there is fresh food on our website that is labelled as still containing palm oil, this is a website issue and our team are working quickly to resolve."

It insisted there were no Iceland own-label fresh items available that still contained palm oil.

Since the BBC contacted the retailer, a number of products containing palm oil have been marked as "currently unavailable" on the website.

Iceland has spent weeks telling its customers on social media that it has achieved that goal while its website states the company is "simply saying no to palm oil".

In some stores, a cartoon orangutan featured in the supermarket's "No palm oil" promotional campaign appears at checkouts.

Even before the end of 2018, Iceland tweeted one customer to say: "There's no palm oil in our own-brand products."

It has repeated this claim on social media multiple times since.

When the BBC put it to Iceland that there was in fact still palm oil in its own-brand products, it said it now expected there to be no more products available to buy with palm oil "within the next few weeks".

What did Iceland promise?
"The Iceland no palm oil pledge is that by the end of 2018, 100 per cent of the supermarket's own label food lines will contain no palm oil, reducing demand for palm oil by more than 500 tonnes per year."

John Sauven, executive director of environmental charity Greenpeace UK, said: "If they still have old stock on their shelves, they need to make that clear to consumers in order to fulfil the promise they made."

In November, Iceland attempted to run a Christmas advert - originally a short film made by Greenpeace - telling the story of an orangutan whose home had been destroyed by deforestation caused by the palm oil trade.

Due to UK legislation surrounding political messaging on TV, the advert was never broadcast - yet the supermarket received significant attention and praise from consumers online.

Responding to the news Iceland was still selling products containing palm oil, a spokesman for consumer organisation Ethical Consumer said: "If the target has been missed, it should now be revised and the company should be transparent about how they are dealing with problems they have faced in their supply chain.

"This transparency would have two positive effects - firstly it would maintain customer trust and secondly it could help other producers overcome similar difficulties."

Iceland became the first UK supermarket to announce the removal of palm oil from its products when it made the pledge last year.

Why is palm oil controversial?