A lost piece of trans history

“A final moment of reluctance overcame me,” Hans Hannah Berg wrote, “as I stepped across the threshold of the house.” Dressed in a custom black dress, white gloves, and fine pearls, Hans Hannah looked impeccable. She cut a fine figure walking down the street, announced by a hint of perfume and the gentle jangling of bangles. But Hans Hannah was anxious: this was her first outing as a woman.

Hans Hannah wrote about the occasion for the inaugural issue of The Third Sex (Das 3. Geschlecht), likely the world’s first magazine devoted to trans issues. First published in Berlin in 1930, The Third Sex circulated in the final years of the Weimar Republic, Germany’s democratic experiment between the wars. After the Nazis seized power, they destroyed the publishing house, and the magazine was largely forgotten. As a result, most accounts today name fifties America as the birthplace of trans periodicals. The recent republication of The Third Sex by the Bibliothek rosa Winkel revives lost voices from Germany’s queer past and recovers a remarkable piece of trans history.

Beginning in the nineteenth century, Germany was closely associated with homosexuality. The English spoke of the “German custom,” the French referred to the vice allemande, and Italians called gay men and women “Berlinese.” Queer people existed across Europe, of course, but German thinkers actively studied non-heteronormative sexualities and openly debated the rights of queer people, inaugurating the field of sexology. In the first decade of the twentieth century, more than a thousand works on homosexuality were published in German. Researchers from England to Japan cited German sexologists as experts and often published their own works in Germany before their home countries.
The Weimar Republic, the zenith of modernism, witnessed new social liberalization and experimentation. Fritz Lang premiered his Expressionist film Metropolis in 1927, Alfred Döblin published his dizzyingly innovative novel Berlin Alexanderplatz in 1929, and the following year Hannah Höch unveiled her Dadaist photomontage Marlene. And alongside reinventing traditional forms of artistic expression, Germans began interrogating gender roles and sexual identities. As the historian Clayton Whisnant observes, “Perhaps more than anywhere else, Weimar Germany became associated with experimentation in sexuality.” Berlin was the undisputed queer capital of Europe. By 1900, over fifty thousand gay men and lesbians lived there, and countless more visited, looking for friendship, love, and sex. By 1923, some hundred gay bars in Berlin catered to diverse groups: men and women, the old and the young, the affluent and the working class. Nightclubs like the Mikado, the Zauberflöte, and the Dorian Gray became international hot spots, and the city’s elaborate queer balls attracted worldwide attention. Associations offered opportunities for socializing and political organization. Crucially, relaxed rules of censorship allowed for the publication of dozens of pulpy gay novels, queer periodicals, and even personal ads. The British writer Christopher Isherwood, whose account of his thirties stay in Germany inspired the musical Cabaret, put it simply: “Berlin meant boys.” In 1928, the poet W. H. Auden similarly described the German capital as “the bugger’s daydream.” In her famous guide to the Berlin lesbian scene from the same year, Ruth Margarete Roellig concluded, “Here each one can find their own happiness, for they make a point of satisfying every taste.”

The experience was different for trans people. The Third Sex bore the subtitle “The Transvestites,” but at the time, the historian Laurie Marhoefer notes, the term meant different things to different people. German speakers were in the middle of developing a critical vocabulary to describe the expansion of recognized identities. Karl-Maria Kertbeny coined the word homosexual in 1869 ,and in 1910 Magnus Hirschfeld invented the term transvestite. It described both cross-dressers and transgender people. According to contemporary self-reports, some transvestites considered themselves homosexual, but most did not. Many wore clothes traditionally associated with the opposite sex only on special occasions. Others lived fully as a gender different from their sex at birth. A majority seemed interested in passing and adhering to expectations of respectability, while a minority sought to challenge the normative order. Gender affirmation surgeries were available—the first such operation was conducted in 1920 by, no surprise, a German doctor—but uncommon. From today’s perspective, it is therefore unclear whether an individual who identified as a transvestite in thirties Germany, including Hans Hannah Berg, was what we would today consider transgender, nonbinary, a cross-dresser, or something else altogether. In the very first issue of The Third Sex, an essay by Dr. Wegner acknowledges the richness of the term. “Just as people are all different in their outward appearance and inner attitudes, so are the characteristics of transvestites.” Many queer activists in the Weimar Republic were concerned that the population of gender variant people was too fragmented. Trans people were not as visible or as organized as gays and lesbians. Friedrich Radszuweit, the leader of the Federation for Human Rights and the publisher of several queer periodicals, saw a solution. To foster a trans community, he produced The Third Sex. 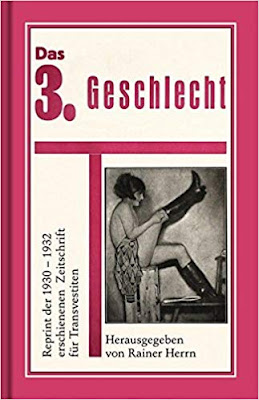 The magazine contained a mix of scientific articles, fictional stories, advice columns, and autobiographical essays, like Hans Hannah Berg’s contribution. Hans Hannah described how a trusted girlfriend helped her “realize her dream.” The friend assisted with makeup, then provided security as Hans Hannah made her first steps out the door. Soon, “the rhythm of a woman’s gait” guided her limbs. At the cinema, a gentleman presented an unexpected obstacle by offering the gracious “Frau” his seat. Unaccustomed to such civilities, Hans Hannah was stunned into silence. When another man attempted to pick her up, Hans Hannah gripped her friend’s arm tighter and let her do the talking. Walking through the city with a supportive friend gave Hans Hannah the confidence to explore her sexual identity. The Third Sex aimed to play a similar role by offering tips, boosting confidence, and assuring readers that they could live their true lives without masks.

The images in the magazine, interspersed throughout each issue, were often unrelated to the articles. They were a mix of professional photographs and reader-supplied candid shots, displaying the vibrant range of gender variant existence. Some portray people dressed up in formal wear, such as gowns and tuxedos. Others showcase individuals in elaborate costumes, like Cleopatra. Most images depict people in everyday clothes: simple dresses with white aprons, cotton shirts and cravats, lederhosen. One common theme, however, unites the pictures: almost all the individuals appear against blank, gray backgrounds. An undeniable sadness permeates the images. Berlin’s queer scene may have been bustling at night. But when the Zauberflöte turned off its flashing lights and turned down its raucous music, many of its visitors returned home and hid themselves until evening fell once more.

The Third Sex helped create a sense of community. It advertised parties, meetings, and special services. Readers anxiously awaited new issues, devouring them in just hours when they finally arrived at the newsstands. Often, they read it together in large groups—though this frustrated Radszuweit, who wanted to increase subscriptions. One circle of readers in the countryside had a “sister” in Berlin send them her copy after she finished reading it. Others found them in public spaces, strategically left behind by other readers who wanted to spread the magazine. Many of the popular-scientific articles sought to assure readers they were not alone. One article documented the long history of trans people beginning in antiquity. Another proclaimed the biological basis for variant gender expressions. An anonymous reader, writing a review of The Third Sex in a popular lesbian magazine, expressed relief to learn that she was not alone.

The magazine was not just for the gender expansive community. As much as it strove to provide comfort to and shape the internal identity of that heterogeneous group, it was also meant to educate cisgender people. Articles argued for equal rights and protections for trans individuals. Fiction contributions offered lessons for parents, colleagues, and neighbors of trans people, like the short story “Girlboy” from the first issue. The narrative begins with a Polish tomboy named Selma with big hands, short hair, and the absence of any stereotypical feminine charms. A German surveyor quartered in her family home listens nonjudgmentally to her dreams of building bridges and playfully names her “girlboy.” While Selma’s parents beg her to change, the German insists that she can be whoever she likes. Years later, back in Germany, the surveyor receives an unknown guest from Poland. “Selma finally fulfilled the wish of her parents,” the visitor laughs, “and changed herself.” After being bullied at school, declared a criminal, and sent to a sanatorium, Selma underwent an operation and “became a real man.” The surveyor welcomed him without hesitation, hosting him while he was on his way to Switzerland to study engineering. Part fantasy of a utopian liberal society and part lesson for potential allies, the story was one of a dozen such pieces of fiction published in the groundbreaking periodical. 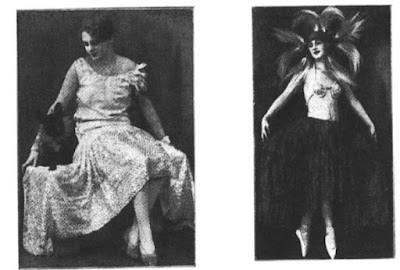 The magazine collapsed in May 1932, after just five issues. As liberties expanded in the Weimar Republic, conservatives felt there was a threat to traditional “moral” culture. Homosexuals and trans people were seen as especially dangerous, capable of corrupting youth and devastating birth rates. While the queer scene blossomed, the police kept lists of these sexual deviants and arrested violators of the old Prussian anti-sodomy law. Religious, political, and moral purity groups pushed for stricter censorship laws to ban so-called filth publications containing sexual content. Then, in January 1933, the Nazis seized power. Within months of Hitler’s appointment as chancellor, the Nazis shut down many of the gay, lesbian, and transvestite clubs. Queer magazines were shuttered and queer titles removed from bookstores as part of the Nazis’ “Campaign for a Clean Reich.” Anything deemed “filth” was banned from public view. In May of that year, Nazi students stormed Magnus Hirschfeld’s Institute for Sexual Science and ransacked his library of more than twelve thousand books. With help from storm troopers, they burned the books on the streets of Berlin, destroying much of the historical record of queer life before World War II. Radszuweit’s press was shut down and its archives lost. There is no record of how many people read or subscribed to The Third Sex, and its contributors remain largely unidentified. Because most authors, like Hans Hannah Berg, wrote under pseudonyms and the photographs do not name their subject or photographer, the lives and fates of the participants in the project remain a mystery.

Nevertheless, its historical importance is clear. By the end of her night out, Hans Hannah felt confident and sure of herself. When a third man approached, she even found her own voice, talked with him, and walked part of the way home on his arm. For Hans Hannah, “it was blissful for once to shake off the mask and to present one’s true self before human eyes.” She was newly visible and newly empowered to be her true self. Dozens of readers wrote to Radszuweit with their own stories. In the twenties, as gender variant people discussed the merits of creating a publication, proponents advocated for increased visibility to combat the negative image of trans people among the general public. Pointing to recent suicide statistics, they also argued such a journal would “save the lives and health of the lonely and desperate.” The Third Sex allowed readers to imagine futures for themselves. Now that it has been rediscovered, The Third Sex should be included in the long and rich history of trans existence.