The State of Qatar retained its global distinction as the safest country among Arab countries and globally by winning first place in terms of safety and security among 118 countries, according to the annual report of the crime index 2019 issued by “Numbeo” the world’s largest database of user contributed data about cities and countries worldwide.

Qatar’s superiority over this period is considered as an extension of its achievements in the past years, specifically during the period (2015-2019), where it maintained the number one position in the Arab world throughout this period, as well as achieving first place globally in 2017, 2019.

It reflects the constant and outstanding level enjoyed by the State in the field of security and safety, and the significant decrease in the rates of crimes in the country during that period.

According to the classification rules of the report, countries are ranked in reverse order that, the country that occupies 118th place is the country with the lowest crime rate and ranks first in terms of security and security. 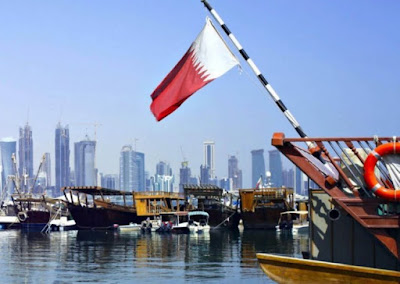 Qatar scored a total of 13.26 points in crime index, being the lowest scorer of the points starting from zero to hundred points. According to this classification the State of Qatar came in the forefront of the safest countries with a score of (86.74) points in safety index during the current year.

The report also takes into account the different types of crimes and their classification according to the laws on crimes, offenses and violations. The indicators also depend on a set of standards related to the rates of crime and violence such as murder, terrorism, the cost of crime and other standards.

The report takes several considerations in reaching its results in terms of collecting information and analyzes the information to rank countries according to those measurements. The rates of countries range between 0-100.

The results of the annual report of the crime index indicate a number of indications, most notably the state of safety and security in Qatar, thanks to the continuous efforts of the Ministry of Interior in its vision of achieving maximum security and stability in society and protecting lives and property, in accordance with the vision 2030.

The Ministry has been working on building an integrated security system, ensuring security throughout the country, as well as enhancing security awareness among the public, which contributed to the decrease in the number of reports and issues of major crimes at the concerned departments.

(Source: The Peninsula)
Posted by Arjunpuri at 14:00