The availability of school seats will increase significantly this year as three Indian schools have got approval to run evening shifts with another to open a new branch.

“Three Indian schools got approvals for afternoon shifts,” Ambassador of India P Kumaran told The Peninsula on the sidelines of an event held at the embassy yesterday to celebrate 70th Republic Day of India.

He said that DPS Modern Indian School will be opening the second campus during the course of this year. “We have much better availability of school seats this year compared to the last year,” said the Ambassador. 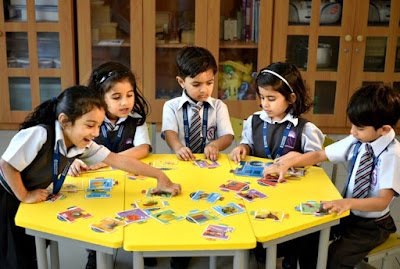 DPS MIS that already has a school in Wakra will be opening its second campus in Wukair.

Dr Subhash Nair, SIS principal stated that the afternoon session will follow the CBSE curriculum as per the conditions set by the Ministry of Education and Higher Education.

The second shift in SIS is planned for classes 1 to 12 and will be offered depending on the demands and requirements. The second session will have the same facilities, standards and features of the existing first shift. If students from the existing first shift opt to be transferred to the second shift due to any reason, their request will be considered based on the availability of vacancies.

MES had already started the admission process for all the classes through their school portal. According to an official, the school is considering to have classes in the second shift for secondary boys - those of class V and above.

Ideal Indian School has also been granted the permission to operate on a two-shift system and is studying the feasibility and logistics of running on two shift basis and is yet to come to a conclusion on the same.

(Source: The Peninsula)
Posted by Arjunpuri at 12:30