The world’s most popular Instagram post could now be worth more than £250,000, if sponsored, according to a leading influencer marketing agency.

As it stands, the @world_record_egg account boasts more than 5.8 million followers, days after gaining more than 40 million ‘likes’ on a stock image of an egg with the caption: “Let’s set a world record together and get the most liked post on Instagram.”

As a result, influencer marketing agency Pulse Advertising & Talent Management estimates the post could now be worth a quarter of a million pounds.

Christoph Kastenholz, co-founder of the agency exclusively tells the Independent that the account’s large number of followers means “the egg now reaches five times as many people as an established brand”.

“At the current market value of followers, the egg could value one single post at £25,000 and possibly more.

However, Kastenholz points out the value of influencer marketing lies in the trust of a character and not followers alone. 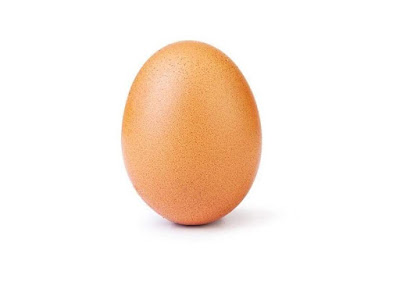 “So far the egg has only created attention, not yet relationships with its followers,” he adds, which may affects its monetary sponsored value on Instagram.

Paulina Paulsen, executive Director at Pulse Advertising & Talent Management adds the egg may now be much more valuable than anybody could have imagined.

She says Instagram has become incredibly lucrative for influencers, who can sell sponsorships and partnerships on their posts.

"With 5.8m followers and rising, this account suddenly has a huge audience and could instantly begin commanding five-figure sums per post," she explains.

While it’s yet to be seen how engaged the followers are with the account, “having just carried it to a world record, the sky is the limit!”

Since the account holder posted the egg image on 4 January, the post has overtaken the 18 million ‘likes’ accrued on a picture of reality star Kylie Jenner’s newborn daughter, Stormi Webster, posted in 2018.

While the identity of the account holder of @world_record_egg remains unknown, they recently told the Independent that they are “an individual living in London”.

“I wish I could tell you how I managed to get the egg photo to go viral but I’m still working that out myself. It’s been a whirlwind week and I’ve just been running with it,” they said.