NTT Docomo Inc. said Tuesday it will discontinue i-mode, an internet-capable mobile phone system introduced in 1999, at the end of March 2026 due to a dwindling number of users.
As the world’s first mobile internet service at the time of launch, i-mode allowed cell phone users to send emails, browse the web, make payments and shop on specially-formatted websites.
It quickly became popular in Japan, providing access to a wide variety of services, including news, weather forecasts and ticket reservations, while making picture characters known as emoji a popular element of texting. 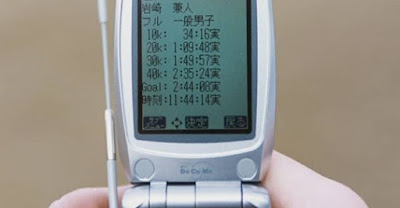 “Given the decline in the number of contracts and the allocation of more corporate resources to 5G, we have decided to end (i-mode) services,” NTT Docomo announced in a statement.
Since the service started in February 1999, domestic subscribers to i-mode topped 40 million in 2003 and peaked at 49 million in July 2010.
NTT Docomo aimed to export the technology overseas, but only managed a limited introduction in parts of Europe, partly because there were not many i-mode capable handsets available from major manufacturers, and the service was based on a closed system, which required content providers to follow the Japanese carrier’s rules strictly.
As Apple Inc.’s iPhone and other smartphones using Google LLC’s Android operating system quickly gained popularity, i-mode subscribers continued to decline, totaling 7.63 million as of the end of September this year, including contracts for devices installed on vending machines.
(Source: JT)
Posted by Arjunpuri at 06:30