Emerging research suggests the pill can also affect your brain, a topic which I believe needs to be talked about more to make women aware of the trade-off they might face

I have taken the contraceptive pill in various forms for most of my adult life.

Initially I was prescribed it as a teenager because my periods were heavy, painful and irregular, something years later I discovered was because of endometriosis. I was therefore concerned to discover that new research suggests the pill can change a woman's brain, and the way she behaves and thinks.

Sarah E Hill, a professor of social psychology, has published a book looking at the science behind the topic, called "How the Pill Changes Everything: Your Brain on Birth Control".

There has also been other emerging research suggesting the pill can affect your brain, a topic which I believe needs to be talked about more to make women aware of the trade-off they might face by taking it. 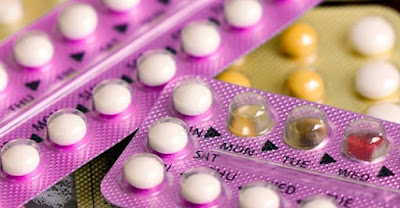 It is only now I have finally stopped taking the pill for a significant amount of time, after having surgery to remove my endometriosis, that I can look back and realise it did have an effect on me.

It took a long time to find a pill which worked for me, with many of the varieties giving me horrific mood swings or headaches. I eventually found a compromise with one which didn’t cause mood swings, but which did numb other emotions.

I was then diagnosed quickly, but by this time the endometriosis was stage three of four, and affected my fertility.

GPs who are presented with a woman suffering from period-related problems shouldn't be so quick to prescribe the contraceptive pill, as this masks the symptoms without figuring out the root cause. In my case, it cost me my fertility, resulting in me needing IVF to conceive.

I can also see that the pill did change the way I felt, putting a stop to the natural highs and lows that come with a monthly cycle.

This might be great for removing the negative feelings associated with PMT (pre-menstrual tension). However, it's not so great when it removes other feelings, such as having a good cry at a soppy film, being attracted to men or feeling sexy, none of which I felt as strongly whilst on the pill. It stabilised my mood but left me feeling a bit flat as a result.

Some women might see this as a positive. But I enjoy some of the of feelings I now experience without being on the pill, and believe they are a key part of what makes me who I am.

Professor Hill’s book explains this in more detail. She describes how the pill mimics the second half of a woman’s monthly cycle during which the hormone progesterone is dominant.

This shuts down the brain signal that prompts egg development, meaning the ovaries don’t produce oestrogen.

However, oestrogen is responsible for some of the more enjoyable feelings women experience each month such as making us feel sexier and more energetic.

Unfortunately, for those of us with endometriosis, oestrogen is our kryptonite, feeding the disease and enabling it to grow, meaning many treatments for the illness are based on reducing this hormone in the body.

I find it deeply concerning to now find out that doing this can have an impact on how we feel.

This is particularly worrying when GPs seem so quick to prescribe the pill, with little monitoring afterwards as to how a woman might be feeling.

Whilst I recognise that the pill is great for many women, I hope that, armed with this new research, GPs are now having conversations with patients about the possible side effects, so they and their patients can make more informed decisions. If a woman does take the pill, there definitely needs to be better monitoring afterwards.

I’m all for women being in control of their bodies and having a way to prevent an unwanted pregnancy. The contraceptive pill makes this possible.

However, we need information so we can understand the true impact that taking hormones might have on our body.

I now face the reality of having to go back on the pill at some point to control my endometriosis – a condition which isn't curable. Maybe I should be grateful that the pill exists and can reduce any pain I might experience.

Instead, I feel frustrated that there are few other options available for the one in ten women who suffer from endometriosis, which don’t involve pumping the body full of potentially personality changing hormones.