Science says it's totally fine to have babies after 35

The term "advanced maternal age" is something we've likely all heard at one point or another. If you waited until you were in your 30's to start a family, you might have even noticed it on your file at your doctor's office or the hospital. We've been told that having babies after 35 is "waiting too long", that we're too old, that it would be dangerous or risky. But more and more women are putting off motherhood until they're in a secure relationship, financially stable, or happy in their careers.

So we're seeing more and more mothers of a certain age these days! Carrie Underwood recently announced a pregnancy at the age of 35, and actress Brigitte Nielson became a mom for the fifth time at the age of 55! It's certainly normal to be concerned about having a baby in your late 30's or 40's (or anytime really, it's pretty scary!), but medically speaking, having a baby after 35 isn't all that unusual, and for some women, it isn't even more difficult. Science is finally coming around to the fact that being of advanced maternal age isn't necessarily a hindrance, and can in fact be beneficial. 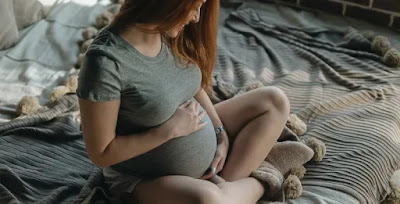 The National Center for Health Statistics says that the fastest-growing group of women having children are in their 40's, which is quite a leap from a couple of decades ago! Women in their 30's and 40's are generally healthy enough to conceive naturally, but even if they can't, reproductive science has come a long way. We have so many options now, like IVF, donor eggs, and surrogacy.

If you needed more of a reason to hold off on motherhood, some of the recent science may be enough to convince you! An ongoing study called the New England Centenarian Study has found that having a baby later in life can actually help you live longer. A research paper called Feeling Old vs Being Old: Associations Between Self-perceived Age and Mortality found that having a baby when you're older can help you life a happier, more carefree life. In fact, research shows that older parents tend to be happier in general.

Finally, another study found that having a baby after the age of 35 can actually make you smarter and improve your memory, problem-solving skills, and mental reasoning.

If you're inching closer to 35-40 and haven't started a family yet, but want to, try not to worry about it so much! Having a baby before you're ready can make the whole experience less than ideal. And as it turns out, having babies at an advanced maternal age can be incredibly beneficial.