Owen Harding: The teen who disappeared during lockdown

As Britain scrambled to adjust to the first week of a life of lockdown in late March, Owen Harding and his mum Stella were arguing.

The 16-year-old was frustrated that his girlfriend Meg Wells Rhodes was 280 miles away in York, where she lives. It had been an emotional few days. Meg had only just left after a short visit to Owen's home in Saltdean, East Sussex.

Restrictions on travel had been imposed and it was unlikely the couple would be able to get together again in the near future. 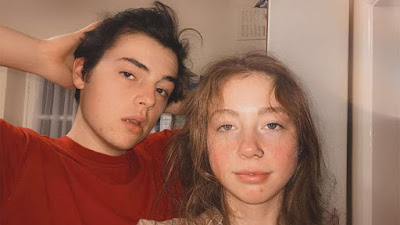 The teenagers didn't see each other regularly because of the distance, but Owen found the new uncertainty unsettling.

"I know that I myself was very anxious," says his mum Stella. "And I know that a lot of my friends were very anxious as well, and feeling a lot of grief about not being able to spend time with each other."

Owen lives with his mum and five-year-old sister in the art deco-era village of Saltdean set on top of the cliffs on the eastern edge of Brighton.

Stella describes herself as "typical Brighton" - a swimming and diving teacher who travelled the world with a backpack and met Owen's father on an Indian beach. He died at home in Geneva two years ago after a sudden illness.

On a video call from the teenager's bedroom, Stella describes her son as "an articulate and wise and mature, emotionally intelligent young man". Going missing was out of character. 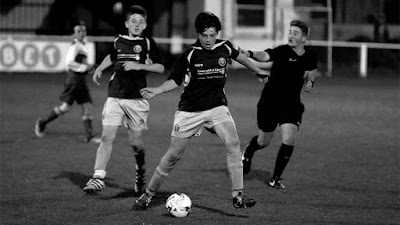 Owen's GCSE artwork lines the bedroom walls, along with photos of friends. There are football trophies from his three-year career with Woodingdean Wanderers.

Owen and Meg's families became friends through Britain's burgeoning community of parents who choose to home school their children. Meg is taught at home, and Owen had previously attended Brighton Waldorf School, one of the Steiner School network of providers of alternative education, before beginning art and film studies A-levels at a sixth form college.

The pair had known each other since they were 11 but had only become a couple two years ago.

Owen wanted to spend the lockdown with Meg, and had joked with her and his friends that he might make the journey north. But his mum was adamant that this was not going to happen.

"It was like this ongoing discussion all week. That was really, really tricky between us," she says.

On Thursday 26 March, the argument flared again, and as the evening sun illuminated the South Downs, Owen left the house without saying a word to his mother. CCTV pictures show the teenager walking south, down Bannings Vale in Saltdean, towards the cliff top at 18:13. 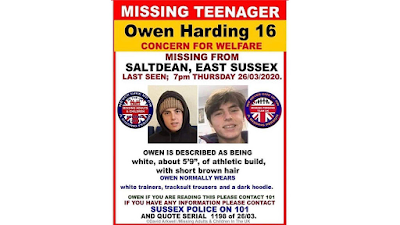 The distance to the cliffs is less than half a mile. The eastern edge of Saltdean sits next to Telscombe Tye, a scrubby expanse of grass popular with walkers that marks the meeting of Brighton's eastern suburbs and the South Downs. There are only a few hundred yards of grass beyond the coast road before the Tye stops at the Sussex chalk.

He made a phone call to Meg after he left the house. "He said that he'd just had a big argument with his mum," she says. "And I was upset as well because I had just had an argument with my mum about the same thing. And then we just sort of cheered up and and he said he was just going to watch the sunset."

It was the last time anyone has reported having spoken to Owen.
Cell site records show that Owen's phone was connected to the mast at the top of Longridge Avenue, which runs from the downland behind Saltdean to the coast road and the cliff top. At 18:23 it was disconnected.

Meg made a further call to her boyfriend at 18:32, but it went straight to voicemail. Unaware of this, Stella was not concerned.

"We live by the sea, we live next to the Downs. We go walking a lot. He just went out, off he went and I just thought: 'Well, good, go and get your allocated daily exercise.

"'Go and stomp it off, go and get it off your chest and then you'll come back.'" But by late evening she had become worried. She contacted friends in Saltdean and Meg's family in York. Around 23:00 she contacted the police.

Meg and her parents rushed back to the south coast the following day and the families began searching on the Downs behind Saltdean, and along the coast as far as Newhaven. They called in at abandoned farmhouses, shouting Owen's name. 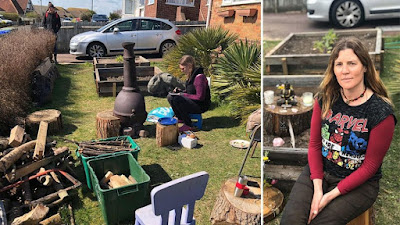 A huge police operation was quickly organised. About 80 officers visited homes and businesses near the Hardings' bungalow. But the lockdown made the operation more difficult. Police were occasionally frustrated by people not answering doors, and shops that might have been able to provide CCTV pictures had closed because of the lockdown.

But police did give residents who owned security cameras police memory sticks. They were left in packages outside houses and later collected by officers.

Before long, a huge support campaign had sprung up - one that continued to honour social distancing rules.

"So as soon as the people in Saltdean heard that there was a teenager missing, everybody was talking about it. People started putting up posters on [the] Friday. And everybody was on board."

Simon Watson, a retired Metropolitan police sergeant trained in search techniques, who lives on the Hardings' road, offered to organise a methodical search. Teams of between 10 and 20 people, working in household groups where possible, combed the grassy cliff-top area at Telscombe Tye, and the scrubby countryside behind the houses in Saltdean. 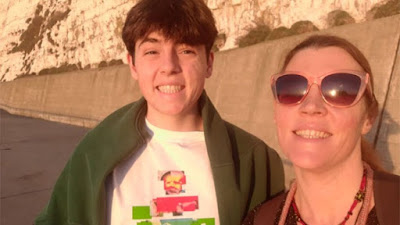 Watson had drawn up full risk assessments and briefed the volunteers before each search - with a strict reminder to maintain a social distance. Acknowledging the difficulties of the case because of the current situation, he said the community had remained resolute.

"I know from experience you can have hunches. But it's quite tricky, this one, because of the real lack of information."

Stella set up a small camp in the front garden of her 1930s bungalow, including a small statue of Buddha. She says this is a space for her to rest and reflect.

Neighbours talk to her from the path, offering words of comfort and support. And friends gave her a wood-burning oven so she could keep warm on the nights she spent sleeping outside waiting for her son.

"Fire and sleeping on the ground, and deep breathing and lots of walking and being outside. They are all things that sort of nourish me and comfort me, so that's why I'm doing that.

"And I also had this thing in my head, 'If I light a fire and I just keep it going, it's like a kind of beacon and Owen will come home.'"

But she misses human contact. "Everybody just wants to hug me.

That's what they want to do. And I want that. So that that is really, really hard right now."

Det Insp Mark Rosser of Sussex police has conceded that the searches have found no evidence of Owen alive. "Pretty much all that we can do has been done," he says.

His last hope is that combing through CCTV from buses travelling on the coast road might show the teenager at the time he disappeared. 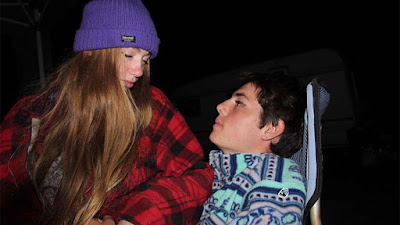 When Owen was last seen, the tide below the cliffs at Saltdean was low at sunset, and the wind a strong north-easterly.

Police enlisted an oceanographer, Dr Simon Boxall of the University of Southampton, who concluded that the conditions at the time would have carried a body out to sea rather than carrying it east or west along the seafront. DI Rosser's officers have been searching the coast as far east as Dungeness in Kent, and have alerted colleagues in mainland Europe.

Stella says she doesn't know whether her son is alive or dead, but she and Owen's girlfriend Meg were prepared for the possibility there had been a tragedy on the cliffs.

"I think that we've all been prepared for that since the moment he went missing," she says.

"He has a five-year-old sister who adores him, and is aware of his absence. She keeps asking when is Owen coming back, and my heart is aching at the possible thought of having to tell her that he is not ever coming back.

"What it feels like is that I'm kind of teetering on the edge of the precipice above a massive bottomless canyon of grief.

"And I don't know if I can actually allow myself to jump into it, you know, like, I want to."