The inclusion of “targeted herd immunity” as a possible UK government response to the Covid-19 pandemic – in a list of possible interventions considered for analysis by a contractor – appears to contradict strong denials by the health secretary 10 days earlier that it was any part of government policy.

Matt Hancock gave that response on 14 March after two senior government officials had said publicly that achieving “herd immunity” was a key aim, prompting widespread alarm among medical experts that the British government was planning to allow the majority of the population to become infected.

However, a proposed computer simulation of the impact of “targeted herd immunity” was contained in a planning document, used by NHSX and a technology contractor to map out the data response to the pandemic, around 23 March.

While it does not appear the herd immunity simulation took place, its inclusion in a list of possible interventions raises questions about the government’s stance on the policy. 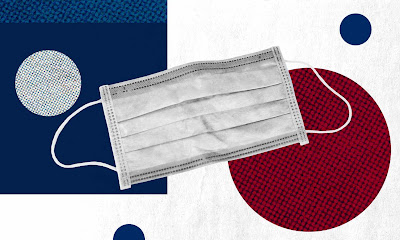 Dr William Hanage, a professor of the evolution and epidemiology of infectious disease at Harvard, wrote in the Guardian that such a policy would result in large numbers of people dying and the NHS being overwhelmed. He reflected the general bafflement among many experts, because “herd immunity” is typically achieved via widespread vaccination against a disease.

There is no vaccine for Covid-19, and “herd immunity” without a vaccine assumes that the vast majority of people who recover from the coronavirus will then be immune, which has not yet been conclusively established.

Hancock set out the government’s position in an article for the Sunday Telegraph on 14 March, explicitly denying that it was aiming for herd immunity. “We have a plan, based on the expertise of world-leading scientists. Herd immunity is not a part of it. That is a scientific concept, not a goal or a strategy.”

Asked about the “herd immunity” concept on Andrew Marr’s BBC political programme the following day, Hancock emphasised: “Herd immunity is not our policy, it’s not our goal.”

Yet still, by around 23 March, a planning document used by NHSX, the health service’s digital planning department, and Faculty, a British artificial intelligence company contracted to aid the response to the Covid-19 outbreak, included “targeted herd immunity” as one of several government “interventions” whose impact upon the spread of the disease could be examined via computer simulations.

In a list headed “scenarios/interventions” that could be modelled, the document includes “intervention analyses” of policies such as social distancing and schools closures, which the government introduced incrementally from 16 March. Below those the document lists: “Targeted herd immunity (only isolate most vulnerable parts of population).”

Later in the document, a list of interventions that “require no new simulation dynamics” of the computer modellers comprises social distancing, school closures, “targeted herd immunity (only isolate most vulnerable parts of population)”, household quarantine and “area quarantine”.

Lawyers for Faculty suggested the proposed herd immunity simulation was the result of entirely internal, preliminary discussion and never took place. In a statement, Faculty said it was “enormously proud” of the work it was doing for NHSX, saying its “visualisations and forecasts” would allow decision-makers to make faster and more informed decisions. “This work is saving lives.”

The first revelation that the government might be looking to create “herd immunity” came on 11 March from Dr David Halpern, the chief executive of the governmental behavioural insights team, known as the “nudge unit”. No physical distancing measures were in place at that time; all schools, workplaces, pubs, restaurants and social events were still open and going ahead, and the government’s only advice was that people with Covid-19 symptoms should self-isolate for a week.

Halpern suggested to the BBC that the government was pursuing a policy like the one outlined in the NHSX and Faculty planning document seen by the Guardian.

“There’s going to be a point, assuming the epidemic flows and grows as it will do, where you want to cocoon, to protect those at-risk groups so they don’t catch the disease,” Halpern said. “By the time they come out of their cocooning, herd immunity has been achieved in the rest of the population.”

On 13 March, the government’s chief scientific adviser, Sir Patrick Vallance, defended the existing approach and said that building up some form of herd immunity, by having potentially 60% of the population (40 million people) contract Covid-19, was one of the “key things we need to do”.

Hancock made his public denials the following day. The Department of Health and Social Care (DHSC) began to issue public guidance that said: “Herd immunity is not part of our action plan but is a natural by-product of an epidemic.”

That, however, still suggests that, despite the lockdown measures introduced on 23 March, the government does envisage a large proportion of the population contracting Covid-19, then recovering and having immunity, and for that to prevent the further spread of the virus.

Some medical experts maintain that, in the absence of widespread testing of people and tracing those they may have infected, this remains the government’s policy: to contemplate most of the population ultimately becoming infected, and eventually achieve herd immunity.

The DHSC did not respond to a question about why “targeted herd immunity” was listed on an NHSX document as a specific intervention to be modelled for its impact on the Covid-19 pandemic.
The Scott Trust, the ultimate owner of the Guardian, is the sole investor in GMG Ventures, which is a minority shareholder in Faculty.

(Source: The Guardian)
Posted by Arjunpuri at 04:30