The Syrian town with more cats than people

After months of intensive bombing by Syrian and Russian forces, the town of Kafr Nabl in Syria's last rebel-held province is now home to more cats than people. Humans and felines now provide comfort to one another in hard times, writes the BBC's Mike Thomson.

Crouched beneath a table in the corner of his rubble strewn basement, a man shelters from the barrage of bombs above. But 32-year-old Salah Jaar (pictured above) is not alone. Huddled beside him are half a dozen assorted cats, all as petrified as he is.

"It's comforting when the cats are close," he tells me. "'It makes the bombardment, the demolition, the suffering, seem much less frightening." 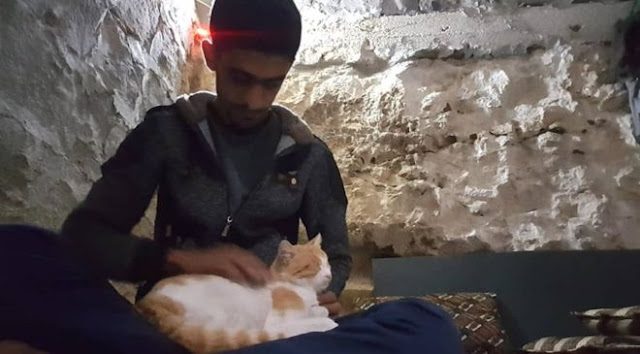 Salah's home town, Kafr Nabl, was once home to more than 40,000 people, but fewer than 100 remain. It's hard to guess how many cats there are - certainly hundreds, possibly thousands.

"So many people have left Kafr Nabl that the population has become very small. The cats need somebody to care for them and give them food and water, so they've taken refuge in the homes of those who've stayed. Each house now has about 15 cats, sometimes even more," Salah says.

Salah still works as a news reporter for the local radio station, Fresh FM, even though its original studios were reduced to rubble in a recent air strike. Fortunately the station's operations had been moved, just before that, to a safer town nearby.

The radio station, which broadcast warning of bombing raids as well as news, comedy and phone-in programmes, was popular with cats as well as people. Dozens made their home there. Its founder, the remarkable activist, Raed Fares, killed by Islamist gunmen in November 2018, even allocated a special allowance for them, to buy them milk and cheese. 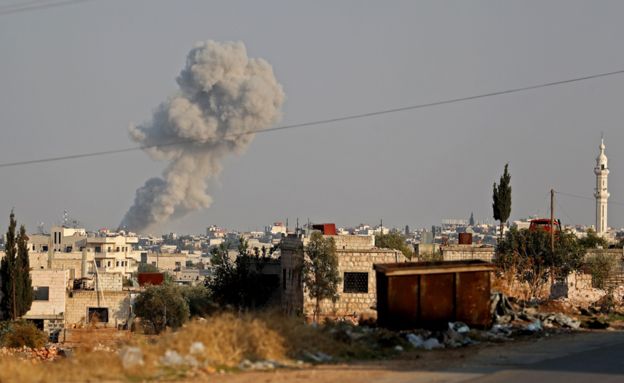 "Many cats were born in the building. One of them, who was white with brown spots, developed a special affinity with Raed. She would go everywhere with him and even sleep by his side," Salah says.

As he leaves what remains of his shattered house, he is greeted by a near-deafening cacophony of mews coming from every direction, some light and melodious, others screeching and desperate. This happens to everyone, he says.

"Sometimes when we're walking in the street there are about 20 and maybe even 30 cats walking with us the whole way. Some of them even come home with us." 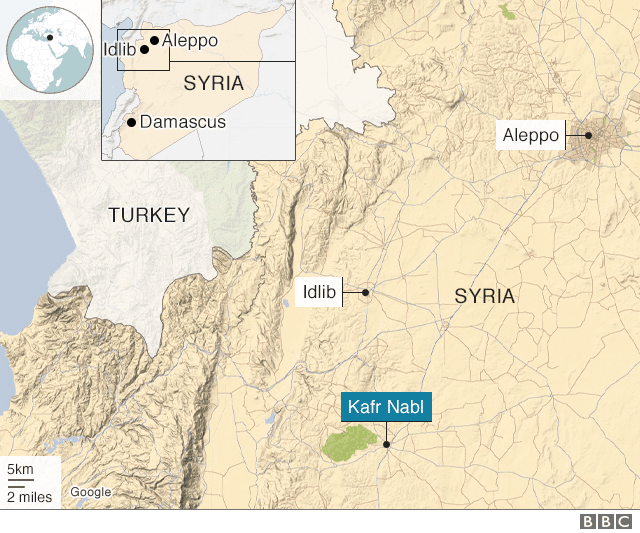 When darkness falls the barks and whines of numerous stray dogs add to the nocturnal soundscape. They too are hungry and homeless. Their nightly scavenging for food and a place to sleep brings them into competition with Kafr Nabl's cats. Outmuscled though they may be, Salah insists that there's usually only one winner in these regular confrontations.

"It's the cats of course! There are so many more of them."

Most of them were until recently much loved pets of families who fled the town soon after pro-regime forces launched efforts to retake Idlib last April. Now, deprived of TLC and regular meals, they have had to find new homes among the rubble.

And even though people like Salah can no longer be sure of staying alive, never mind where their next meal is coming from, it seems there is always a place at the table for his four-legged friends.

"Whenever I eat, they eat, whether it's vegetables, noodles or just dried bread. In this situation I feel that we're both weak creatures and need to help each other," he says.

It is not surprising, given the constant bombing, that cats often get injured, along with everyone else. Again, despite the shortages of medicines and just about everything else, Salah says every effort is made to care for them. 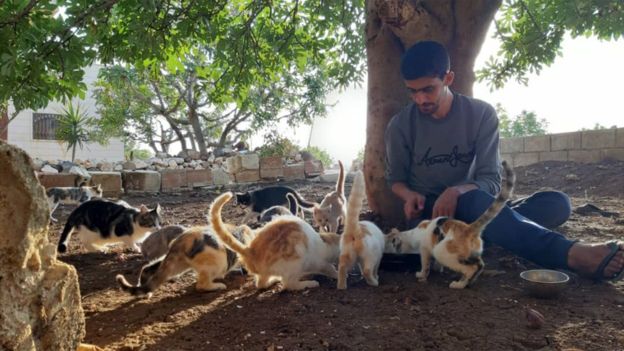 "I have a friend who has cats in his house. One of them was hit by a rocket which almost blew his front paw off. But we managed to get it to Idlib city for treatment and it's now walking around as well as before," he says.

With President Bashar al-Assad's forces now not far from Kafr Nabl, the town looks likely to be overrun before soon. Salah admits to being worried, not just for himself and his friends, but for the town's feline population.

"We've shared the good times and the bad, the joy and the pain and the many, many fears. They have become our partners in life," he says.

And he insists that if the worst happens and he and others are forced to flee Kafr Nabl, they'll take many of the cats with them.

Amid all the horrors of war, it seems a close bond has been formed between people and pets that will not be easily broken.