Oil prices have risen after two bases hosting US troops in Iraq were hit by ballistic missiles.

Brent crude was up by 1.4% at $69.21 per barrel in the middle of the Asian trade, easing back from earlier gains.

So-called safe haven assets, like gold and the Japanese yen, also rose on the news. 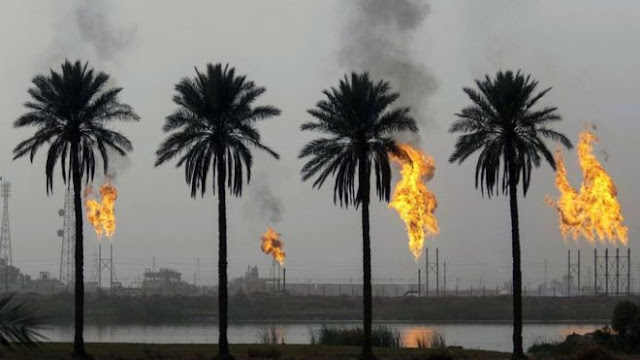 At the same time global stock prices were sent lower on concerns over the growing conflict in the Middle East.

Iranian state television said the attack was a retaliation for the killing of the country's top commander Qasem Soleimani.

The attack happened just hours after the funeral service for Soleimani, who was killed by a US drone strike on Friday.
His death had raised concerns that the conflict between the US and Iran could escalate further.

That could disrupt shipping in the world's busiest sea route for oil, the Strait of Hormuz. Around a fifth of global oil supply passes through the strait which connects the Gulf with the Arabian Sea.

The Strait of Hormuz is vital for the main oil exporters in the Gulf region - Saudi Arabia, Iraq, the UAE, and Kuwait - whose economies are built around oil and gas production. Iran also relies heavily on this route for its oil exports.
Qatar, the world's biggest producer of liquefied natural gas (LNG), exports nearly all its gas through the strait. 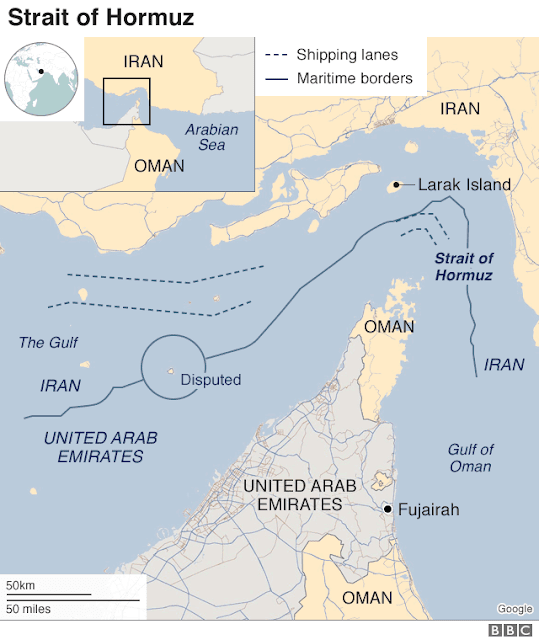 After the latest attacks, the US aviation regulator banned American airlines from flying over Iraq, Iran and neighbouring countries. The ban includes the Gulf of Oman and the waters between Iran and Saudi Arabia.

The Federal Aviation Administration (FAA) said the decision was in response to heightened military activity, and increased political tension in the region.

Before the latest guidance, the FAA had already prohibited US airlines from flying below 26,000 feet (7,925 metres) over Iraq and from flying over an area of Iranian airspace above the Gulf of Oman since Iran shot down an American drone in June 2019.

At the same time Singapore Airlines has said that all of its flights would now be diverted from Iranian airspace.