The family was expected to visit again at the end of January for a festival. But that visit will never happen.

The last time Praveen, his wife Saranya and their three children visited his parents' home in Sreekaryam in Thiruvananthapuram was during Onam in 2019. The family was expected to visit again at the end of January for a festival in the nearby Ayyankoyikkal Lord Ayyappa temple. But that visit will never happen, as Praveen, Saranya and their three children- Sreebhadra, Aarcha and Abhi Nair died in suspected carbon monoxide poisoning while on holiday in Nepal. Praveen along with the three other families had travelled to Nepal last Friday on their annual holiday. The families had first travelled to Delhi, but had later decided to extend their journey to Nepal. 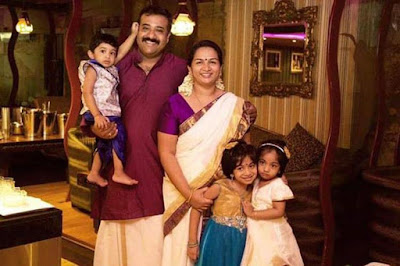 On Monday, Praveen and the others were traveling from Pokhara to take a flight back to India and had made a pit-stop at a hotel in Daman in Nepal’s Makwanpur district. Though they had taken four rooms, it was very cold and they asked the hotel for a better heater. According to sources in the Indian Embassy, the hotel provided them a patio heater, which is used outdoors. Two of the families stayed in the same room, locked the doors and windows and turned on the heater, according to local police. A gas leak may have lead to carbon monoxide poisoning, suspect doctors at Nepal.

A pall of gloom descended over Praveen’s home, as the news broke in the media. Even as relatives, friends and neighbours thronged the house, Praveen’s mother Prasanna was initially not informed about the tragedy. Even his father, Krishnan Nair, was first only told that the family had been in an accident. It was only a few hours later that relatives gathered the strength to inform Praveen’s father about the deaths.

Krishnan Nair used to work in Dubai in the past and is a popular man in the neighborhood. He is  also the President of Ayyankoyikkal Residents' Association.

"Praveen studied at Pappancode Engineering college in Thiruvananthapuram. He was  active in all events organised locally including our Onam celebrations," says Rajappan, who lives in the neighborhood and a friend of Krishnan Nair.

Praveen and his family used to live in Dubai. Two years ago, his wife Saranya and the three children moved to Kochi after she decided to do her Masters in Pharmacy from the Amritha Institute in Kochi. Saranya and the children lived in a flat in Elamakkara in Kochi. Saranya hails from Kalluvathukkal in Kollam.
Praveen's sister Praseetha and her two daughters stay in the house with the parents.

"Praseetha came to know about the accident by afternoon. Her husband is a journalist who works in Hyderabad. No one knew how to inform the parents," Rejitha, Praseetha’s friend said. 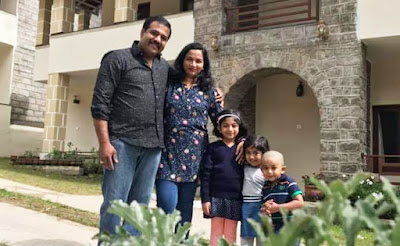 The bodies have been kept at a morgue in Thribhuvan University Teaching Hospital in Kathmandu. According to a doctor at the hospital, the postmortem will be done on Wednesday and the bodies will be sent back to India on Thursday.

Among those who visited Krishnan Nair and his family were many local politicians.

"Since Krishnan Nair does not work now, it was Praveen who was taking care of his parents. Praveen started working at a young age," Annie Asokan, a local political leader told TNM.

It was not just his family but Praveen used to take care of his locality too and provided financial aid for local  festivals too.

"Though he lived abroad, he would always promptly accept all our invitations " said ward councillor Pradeep Kumar.