One in six women who lose a baby in early pregnancy experiences long-term symptoms of post-traumatic stress, a UK study suggests.

Toni Edwards-Beighton, 36, says she felt she was losing her mind after a miscarriage in 2016.

"I felt my grief was wrong because it wasn't a real baby - but I was in complete shock," she says.

Warning: Some readers may find part of this article distressing
Toni and husband Matt, from Leicester, had been told their baby had no heartbeat at 12 weeks, before she miscarried naturally at home in the bathroom.

But she didn't expect to bleed heavily for eight days and then have to go through painful contractions.

"I thought I was going mad," she says.

"I had no information about what what would happen to me or what I could expect to see."

Panic and anxiety
In the end, something "recognisable and the size of a palm" fell between her legs in the middle of the night.

When she called the hospital the following day, they told her to "bring the pregnancy tissue in and we'll get rid of it".

In the weeks that followed, she started to panic about everything, especially their daughter who was four at the time.

"I worried she was going to die - I could see her falling to the ground."

Months later, Toni's GP diagnosed her with PTSD (post-traumatic stress disorder) and offered her counselling - but she didn't go because by that time she was pregnant again.

"The following nine months were awful - I was convinced I'd lose my baby again," she says.

Toni and Matt now have two daughters, Phoebe who is eight and Willow who is two.

In the study of 650 women, by Imperial College London and KU Leuven in Belgium, 29% showed symptoms of post-traumatic stress one month after pregnancy loss, declining to 18% after nine months.

Most had been through an early miscarriage before 12 weeks - while the rest had had an ectopic pregnancy.

The women, who attended three London hospitals - Queen Charlotte's and Chelsea, St Mary's, and Chelsea and Westminster, completed questionnaires about their feelings over the course of a year.

One month following their loss, 24% had symptoms of anxiety and 11% of depression.

This reduced to 17% and 6% after nine months, the study in the American Journal of Obstetrics and Gynaecology found.

"For some women, it's the first time they have experienced anything beyond their control.

"These can be profound events which stay with you."

Even though these losses are at a very early stage, "women are looking for validation for them", Dr Farren says.

Being told it's "only a bag of cells" is not always helpful.

Among a control group of women who had healthy pregnancies, 13% had symptoms of anxiety and 2% of depression one month after giving birth.

'Need for change'
The study recommends that women who have miscarried are screened to find out who is most at risk of psychological problems. 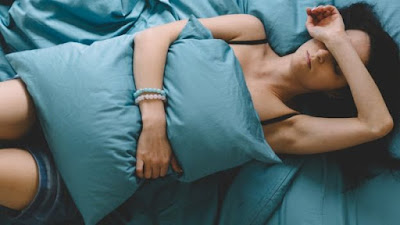 Counselling and support will help many women, but those with symptoms of PTS need specific treatment if they are going to recover, the research says.

This can range from cognitive behavioural therapy (CBT) to medication, and should be given by a qualified professional.

An earlier, smaller study from 2016 found that early pregnancy loss could trigger symptoms of post-traumatic stress.

"For too long, women have not received the care they need following a miscarriage and this research shows the scale of the problem," says Jane Brewin, chief executive of miscarriage and stillbirth charity Tommy's.

"Miscarriage services need to be changed to ensure they are available to everyone and women are followed up to assess their mental wellbeing with support being offered to those who need it, and advice is routinely given to prepare for a subsequent pregnancy."