JK Rowling urges students not to volunteer at orphanages

JK Rowling has called on students around the world not to volunteer at orphanages, pointing to emerging evidence that “orphanage tourism” drives family separation and child trafficking.

Speaking at the One Young World summit in London, the global forum for young leaders, the Harry Potter author and founder and president of children’s charity Lumos, said orphanages do “irreparable harm” and “perpetuate the abuse” of children and communities.

“Despite the best of intentions, the sad truth is that visiting and volunteering in orphanages drives an industry that separates children from their families and puts them at risk of neglect and abuse,” she said.

“Institutionalism is one of the worst things you can do to children in the world. It has huge effects on their normal development, it renders children vulnerable to abuse and trafficking, and it massively impacts their life chances. And these dire statistics apply even to what we would see as well-run orphanages … The effect on children is universally poor.” 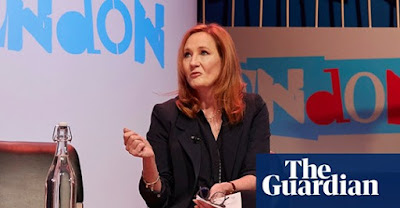 Huge numbers of volunteers, tourists and backpackers visit residential children’s institutions every year, creating a multimillion-dollar tourism industry that leaves children at risk of all forms of abuse, according to Lumos.

A campaign launched on Thursday by Lumos and YouGov suggests volunteers are largely unaware of the potential harm their visits can do. An estimated two-thirds of UK students believe volunteering at an orphanage overseas would enhance their CV or career prospects, and one in five have either visited or volunteered at an orphanage overseas – or know someone who has, the charity said.

The vast majority of students are also unaware that 80% of the 8 million children currently living in orphanages worldwide have at least one living parent, Lumos’ research found.

“Most children in orphanages are not even ‘orphans’ – they are placed there due to reasons such as poverty, disability, or to receive an education, and many have a family who could care for them, given the right support,” said Alex Christopoulos, deputy CEO of Lumos.

“It is a tragedy that the vast sums of international funding and support that these orphanages receive could be used to help keep families together.”

Ruth Wacuka, a One Young World ambassador from Kenya, was placed in a Nairobi orphanage with her three siblings while she was a young child, despite having two living parents. Her parents were told that she would be fed and educated, yet schooling was rare and she said she often went hungry – even as thousands of tourists visited the orphanage each year.

“The orphanage was next to a giraffe sanctuary, so you can imagine how many visitors we would get,” she told the audience at the four-day summit.

“They would come to the sanctuary to take photos of the giraffes and then come to the orphanage to take pictures of me. But children are not tourist attractions. They are not animals. They have lives and destinies.”

Evidence to be published in the coming months by Lumos will show that children worldwide are increasingly being trafficked into institutions to attract donations and volunteers, said Chloe Setter, Lumos’ senior adviser on anti-trafficking.

“Many orphanages, in particular unregistered orphanages, are run like a business and it’s not a coincidence that they’re often located in tourist areas,” said Setter.

“What we see on the ground is families, and their children, being targeted by ‘child-finders’ who are sometimes paying them or otherwise encouraging them to give their child up to the orphanage for a ‘better life’, with education being one of the main reasons, usually because of poverty.”

In its official advice on volunteering with children, the FCO highlights how orphanage volunteers and visitors may “unknowingly contribute towards child exploitation” and put themselves at risk of “accusations of improper behaviour”. It also notes that a “regular turnover of volunteers without relevant training and experience can be harmful to children’s development and emotional wellbeing.”

The #HelpingNotHelping campaign is calling on schools, colleges and universities for support, as most students who have previously visited orphanages did so through educational organisations, Lumos said.

Rowling said students hoping to travel overseas for their gap year, or to volunteer abroad, should investigate the institutions with which they were hoping to work.

“My message to young people today is: yes, volunteer – but plan carefully and thoughtfully. Your time and energy are precious: use them wisely and they will help change the world. Do not volunteer in orphanages. Instead, look at what drives children into institutions and dedicate your time to projects that tackle poverty or support communities with vital services.”

(Source: The Guardian)
Posted by Arjunpuri at 12:30