Duchess thanks roundtable for letting Prince Harry 'crash the party'

The Duchess of Sussex has said conversations about gender equality “can’t happen without men” while taking part in a roundtable discussion on the subject.

On Friday 25 October, the Duke and Duchess of Sussex arrived at Windsor Castle to meet with youth ambassadors from One Young World, a non-profit organisation that champions young leaders.

During their roundtable conversation, Meghan voiced her opinion that gender equality can only be achieved when individuals work together as a unit. 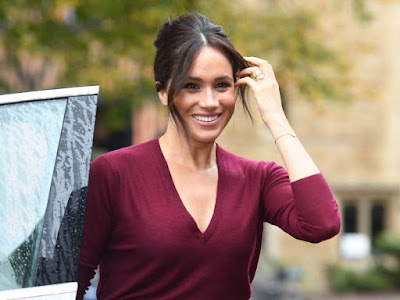 “What you’re all capable of doing independently is incredible but then when you work collectively, our intention today is to try to create somewhat of a task force to see what we can do within our communities and then use that knowledge to apply it to whatever is happening in all these other communities,” the royal said.

“In terms of gender equality, which is something I have championed for a long time, I think that conversation can’t happen without men being a part of it.”

The duchess added that for that reason it “made complete sense” for Prince Harry to also be in attendance for the roundtable discussion.

“So thank you for letting him crash the party,” Meghan said.

Earlier this month, while in South Africa on a royal tour, Meghan visited the University of Johannesburg to participate in a conversation with the Association of Commonwealth Universities (ACU) about gender equality in education.

The 38-year-old became patron of the ACU in January, taking over the role from the Queen, who held the position for 33 years.

During the event, Meghan affirmed that when a “woman is empowered it changes absolutely everything in the community”.

In January, Prince Harry described himself as a feminist while visiting women’s support charity Tomorrow’s Women Wirral with Meghan.

The couple spoke to members of the organisation in Birkenhead about the charity’s purpose as a centre for women who want to make “positive lifestyle changes”.

“During a discussion about Tomorrow’s Women Wirral being a women’s only centre Prince Harry, to our delight, declared ‘I’m a feminist’ and highlighted that it is equally important for men to support the movement in female empowerment!” said Angela Murphy, CEO of the charity.

(Source: Independent)
Posted by Arjunpuri at 10:54