Japan Airlines has introduced a feature on its seat booking system that shows where young children are seated.

A "child" icon appears when a passenger is travelling with children aged under two years.

One traveller said the feature let him know where babies "plan to scream... during a 13-hour trip".

But some Twitter commentators urged him to be tolerant, while others said the problem could easily be solved with noise-cancelling headphones. 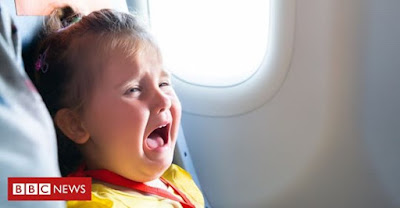 Japan Airlines' website says the icon "lets other passengers know a child may be sitting there". However, the airline warned the tool was not foolproof, as the icon might not appear if a ticket was booked through a third party or if there was a last-minute change of aircraft.

Even so, venture capitalist Rahat Ahmed sent a tweet on Tuesday thanking Japan Airlines for "warning" him about where children were sitting.

"This really ought to be mandatory across the board, " he said, adding that Qatar Airways should "take note". 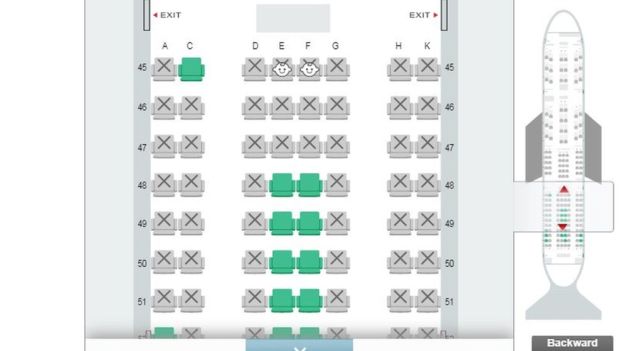 "I had three screaming babies next to me on my [New York to Doha] flight two weeks ago," he added.

His tweet attracted a number of responses, with some offering support for the "awesome" website booking feature.

However, other Twitter users urged people to be tolerant.

"They are babies, as we all once were. We need to learn tolerance or will soon start needing a map of seat locations for mouth breathers, droolers, farters, drunks, and perhaps a lot more things in life," said Twitter user G Sundar.

Andrew Lim said: "I used to feel and say exactly what you have just said - but after having my own son, I am very sympathetic to parents travelling with kids.

"If you're not happy with a screaming child in the cabin, then I am more than happy [for] you to try and reason with them."


Thank you, @JAL_Official_jp for warnings me about where babies plan to scream and yell during a 13 hour trip. This really ought to be mandatory across the board.

Please take note, @qatarairways: I had 3 screaming babies next to me on my JFK-DOH flight two weeks ago. pic.twitter.com/kQYQFIqqCD
— Rahat Ahmed (@dequinix) 24 September 2019


Deirdra Hardimon said: "Babies are not capable developmentally to 'plan' crying or screaming."

Other Twitter users said noise-cancelling headphones were the answer.

Jene Johnson said: "Wow... get some noise cancelling headphones and go about your day."

"I don't understand people that complain about babies crying on planes. I put on my headphones and I hear nothing."

According to the website flyingwithababy.com, one of the most family-friendly airlines is Etihad, which has extras such as free pushchairs to use at hubs.

Emirates and Gulf Air also score highly according to the website.