‘He comprehends and functions very different than your typical five-year-old,’ says his grandmother

A family in the United States says their five-year-old son with autism has been labelled a “sex offender” after he hugged a fellow classmate.

Nathan is a nursery school pupil at East Ridge Elementary in Chattanooga, Tennessee. School officials said he was warned several times but overstepped his boundaries in hugging another child.

Summery Putnam, the young boy’s guardian told a local TV outlet, News Channel 9, that she received a call from her son’s teacher at the start of September. 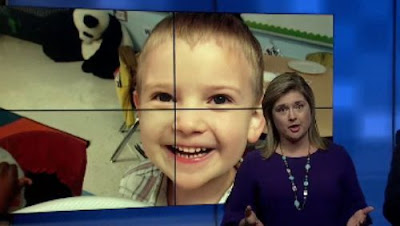 She said Nathan’s teacher told her he had been accused of “sexual activities” for hugging a child and kissing another on the cheek.

But Ms Putnam said the five-year-old was unaware he had crossed any kind of boundary.

Ms Putnam told the TV outlet her son has now switched classrooms and teachers. He is enrolled in special education services.

In a private Facebook post shared with News Channel 9, Nathan’s grandmother, Debi Amick, questioned how just it was that the school would not listen to the family or their doctor about the challenges the five-year-old was facing.

“It was disclosed that it will go in his record for the rest of his life that he is a sex offender,” she said. “This child is autistic, he comprehends and functions very different than your typical five-year-old. What do you do?

“Who do you turn to for help when the school will not even listen to the child’s doctor when he explains the child’s difficulties in his comprehension of simple things such as boundaries?”

Spokesman for the Hamilton County Department of Education Tim Hensley said, in a statement, schools were entitled to report any concerns they had regarding a child.

“School personnel are required to concerns regarding children to the Department of Child Services (DCS). It’s up to DCS to determine if those reports are acted on by DCS and what form those actions may take, “ he said.