When my sister and I were children, we, along with our parents, were often invited to dine at the homes of other Chinese families. On such occasions, while our German American mother prepared Chinese food in the kitchen, our Chinese father would give us a crash course in Mandarin. We would learn—i.e. memorize—a brief paragraph designed to last the duration of the few minutes we spent on the host’s doorstep. Something along the lines of: Hello, Uncle Wu. How are you? Thank you very much for inviting us to your home. Our father would pay us a nickel ahead of time, saying, If you say X, I’ll pay you Y. But we knew the “if” was incidental. Refusing the money was not an option. We knew we would have to speak.

We dreaded the feeling of that foreign language in our mouths; those native speakers watching us, their expert ears listening for mistakes; the possibility of a mispronunciation; the possibility that the host might ask a question that required an answer. In effect, we dreaded the moment our cover might be blown, exposing us as puppets who could no more speak the language than dolls could. When we succeeded in delivering our performances as Chinese-speaking girls, the dread grew worse, for then we might be spoken to further.

Our father, however, took great pleasure in our successes. It was as if for once in his life he had arrived at those doorsteps of his acquaintances with the appropriate cargo: genuine 100% Chinese children. Never mind that our mother was German American, that our native language was English. When the Mandarin sounds flew from our mouths like songs, in tandem, perfectly timed, a look of pure joy crossed his otherwise angry face. He loved us best as puppets, our radiant puppeteer. For days in advance of a Chinese party, he fed us our lines. When the day finally arrived, our crash course intensified. 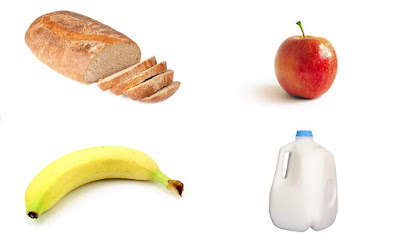 How many hours did we spend for those few minutes of doorstep bliss?

I often think of the words we uttered, how comically out of context those mundane sentences were. Yet our performed utterances served a meaningful, if fleeting, function: to enact our father’s “These are my Chinese daughters” narrative in the face of his colleagues.

Though the tenuousness of our performance may have been discernible to our Chinese-speaking audience—after all, they knew that ours was mostly an English-speaking household—we likely could have fooled a random English speaker who happened to be taking an evening stroll through the predominantly white neighborhood, someone outside the performative context. And though that passerby may have caught a glimpse of our father’s dream in action, the true meaning of our words would have been lost to her. For words, perhaps even more so foreign words, are forged through context, their context and meaning virtually inextricable.

Gloria Anzaldúa, in her book Borderlands/La Frontera, reminds us that “an Indian mask in an American museum is transported into an alien aesthetic system where what is missing is the presence of power invoked through performance ritual.” The mask’s meaning or the mask as meaning is vastly altered by its new context. Despite the lengthy description mounted on the wall next to it, perhaps no one in the museum will perceive its original meaning. A mask, an utterance, a word, transported out of its original context, changes. To the passerby, we were simply speaking a language they could not understand.

One of our most prized possessions was a sixty-minute cassette tape containing children’s stories read by our father in English. According to his handwriting on the label, he read four stories: “Lisa, Lena Had Measles,” “Angela + Puppy,” “Where is the Bunny?” and “Little half chick,” but I only remember the first one. “Lisa, Lena Had Measles” was the story of two girls, not unlike ourselves (though quite blonde), who stayed home from school with the measles. Our father produced the tape for similar occasions when we, too, were sick, home from school while he and our mother were at work. The stories were for bedtime as well, when our father was away or when our parents were home but otherwise engaged. This was before audio books.

Aside from its grammar and pronunciation errors, his recorded voice was virtually unrecognizable, infused with a peculiar calm and tenderness, so unlike his usual bellow. Our father, too, must have rehearsed for hours—as my sister and I did before stepping onto those Chinese porches—aware of the performative, almost public element of the recording. He was delighted with his own ingenuity. You girls should learn to be this efficient. See, your daddy only has to read once. Story lasts forever.

For years, we listened to his voice retell the story as we fell asleep. We grew to love it, both the story of Lena and Lisa and the gentle, imperfect voice that told it. This was the father we dreamed of, the one who sat reading by our beds each night.

For most of my adult life, I recalled that cassette tape with a mixture of affection and self-pity, partly charmed by my father’s impulse to make it, partly resentful of his ever mechanical efficiency, the tape a sorry stand-in for his real voice. Over the years, I began to think that part of what was beloved to us about the recording was that it was evidence, however small, of a moment in which our father bent down to us, spoke to us and for us. But now I realize that he did that every day, though not always with such tenderness.

Our awkward porch jigs were few and far between compared with the work he faced each day of communicating with us, and with everyone else in the town, in a foreign tongue. After all, was he not the student and we, his American wife and children, his teachers in a lifelong total immersion language course? Was it not he who learned a new language?

My father spoke English with my sister, my mother, and me. The many Chinese words he uttered were for and to himself or to other Chinese-speaking people. The characters he wrote in his notebooks (which, in his absence, I pored over, the characters like hieroglyphs whose meanings I longed to decipher) were written for himself or for other Chinese readers. We, his American family, were not privy to their meanings. Our life together was in English, with the occasional miànbāo and niúnǎi thrown in, like an entry in a glossary. (Miànbāo means bread in Chinese. Can you say that? How about niúnǎi? Do you remember the word for milk?)

Our performances on the porches of Chinese party hosts were also isolated moments during which our mouths made Chinese sounds—the words were not part of our daily speech, but part of the short glossary nestled in the back pages of our life, that list of “difficult,” “unusual,” often food-related words that existed outside of context and fluency. Most days, our father’s need to assimilate overwhelmed his desire to teach us Chinese. The joy we saw on his face when, for a small fee, on the porches of his colleagues, my sister and I spoke Chinese, was overshadowed by his anxieties about not fitting in. I have my father to thank for my fluency in English. Studying English was one of the few things I did that he believed in.

I still remember the few Mandarin words he had a habit of testing us on. There were five he chose most often:
miànbāo — bread
xiāngjiāo — banana
píngguǒ — apple
niúnǎi — milk
zàijiàn — goodbye

The list reads like a found poem or a koan, chronicling the life of a family, that, in lieu of speaking to each other, eats together, until one day their shared life is over.

What if the task of teaching us Chinese hadn’t belonged to our father alone? What if he had used ten words instead of five? Or ten sentences instead of ten words? What will I do with a few groceries and goodbye? Were there not hundreds of words in his notebooks? Was there not more we could have said?