Who is saving whom? MPs talk big on reforming rape laws, but nearly 50% have criminal records

There are moments in every country’s history that make its people reconsider all that they and their collective strength as a nation stand for. The world map as we now know has come to so evolve due to the changing perceptions as well as the aspirations of the people.

Not all wars are fought by the armed forces but the most crucial ones, that make and break nations, are a result of political will that finds its justification in the votes of the people.

It was so in 2012 in India’s national capital when the brutal rape of a 23-year-old  in a private bus shocked the very consciousness of the people and sent the country’s masses on the streets, demanding that justice be served to Nirbhaya. It wasn’t long ago and human memory would serve to remind us of the outrage that followed.

But it’s just been seven years and another similar shocker has this time come from the city of Hyderabad where a veterinarian was gang-raped and killed -- literally burnt alive. Her charred body was found under a culvert in Shadnagar in Hyderabad on November 28, a day after she went missing. 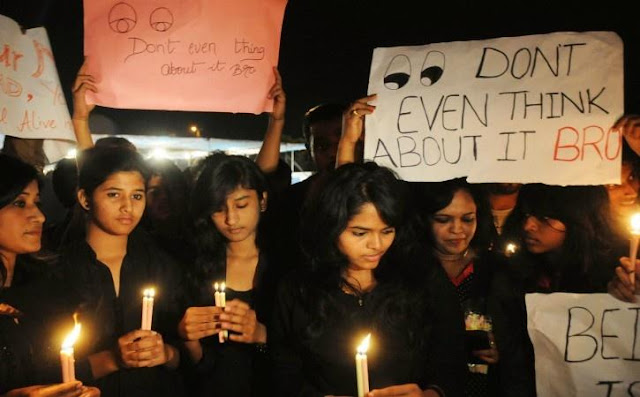 A movement calling for justice and ending violence and sexual assault against women is gaining ground even as the episode rocked the Upper House of the Parliament.

As MPs expressed anguish over the Hyderabad rape and murder case, Rajya Sabha Chairman M Venkaiah Naidu suggested a rethink on the practice of allowing convicts in heinous crimes to go in for mercy appeals.

"What happens even after punishment is given (to convicts). We all are witness...appeal, mercy (petition)...can anybody think of having mercy on such people," he said, observing this process has been followed for years.

Naidu said crime against women is a "societal disease" and there is some sort of lacunae in systems, both legal as well as the police. "This kind of violation of the dignity of women cannot go on unchallenged. It should be nipped in the bud," he said, and added that it was already too late.

Wait, what? The dignity of women? Let us first look at how we are breaking the morale of our women and boosting the spirits of offenders to go to any extent.

Kuldeep Sengar, rape accused legislator who was expelled by BJP after a lot of public outrage, was seen on Independence Day greeting advertisements alongside Prime Minister Narendra Modi and Uttar Pradesh Chief Minister Yogi Adityanath in the local edition of a Hindi daily.

He featured on advertisements funded by the Panchayat chairman of Ugoo area in Unnao. Meant to wish residents on Independence Day and Raksha Bandhan on August 15, the ads also had photos of Sengar's wife.

He had also been named in the case pertaining to the death of the survivor's father. Another case was registered against the former BJP leader after the victim met with a deadly accident last month. The lawmaker had allegedly raped the girl, a minor at that time, at his residence in Unnao in 2017, where she had gone to seek a job.

That the state machinery failed to act appropriately against him even under tremendous public pressure and that powerful politicians extended support to him has been proven time and again.

Lest you forget, there is the curious case of Chinmayanand too. This alleged rape case involving former BJP minister got so murkier that the law student who had filed a rape complaint against him is currently in jail, for blackmailing him apparently.

Despite all outrage, the local leaders of India’s ruling party showed no backbone as they continued to extend their political support to the man accused of crimes as heinous as those that have shocked us again today. This man was permitted to hold a press conference of sorts and sitting MPs from our very own parliament were regular visitors to him in jail. 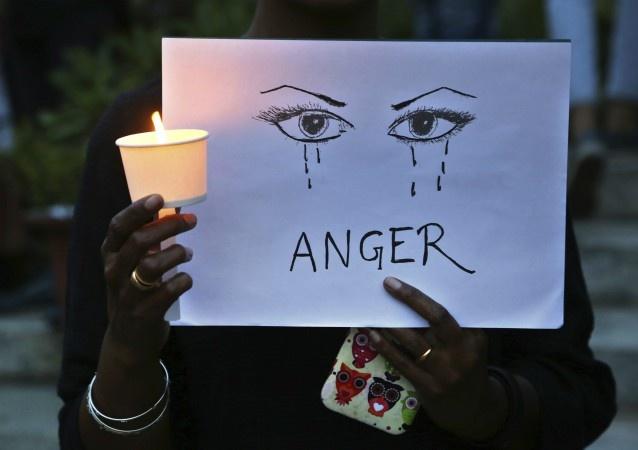 And then we look at the other side. A student, Anu Dubey was "hit, beaten up and threatened by three Delhi Police cops" for protesting against the Telangana doctor rape and murder case.

Nearly half of the newly-elected Lok Sabha members have criminal charges against them, a 26 per cent increase as compared to 2014, according to the Association of Democratic Reforms.

Of the 539 winning candidates analysed by the ADR, as many as 233 MPs or 43 per cent have criminal charges.

Some may point out that this has always been the case in India. But no, it’s further from the truth.