After 16 years in Japan, Sri Lankan woman still classified as an exchange student

Dakshini Siriwardena never expected that the failure of her father’s business in Japan would leave her with no choice but to live here as an exchange student — despite having resided in the country for more than 16 years.

“It’s ridiculous that I had the same education as a Japanese and have grown up in Japanese society, but suddenly I’ve become a foreign student,” the 21-year-old Sri Lankan said.

The legal status of the children of immigrants in the nation is highly dependent on the economic stability of their parents. No matter how long they have lived here, if this stability is threatened, their legal status, too, can be in danger.
Dakshini, along with her mother and two sisters, accompanied her father to Japan at the age of 5. They lived here under dependent visas issued to spouses and children of foreign workers who meet certain requirements.

She attended school in Matsumoto, Nagano Prefecture, and eventually made it into Chiba University, where she is majoring in comparative culture studies.

But her world was turned upside down in 2017 when her father’s trading company went bankrupt and the Justice Ministry revoked his visa after he was caught working part-time illegally.

Her father, mother and sister Pamalya, 10 years old at the time, were all forced to leave for Sri Lanka.

For just the third time, the Japan-born Pamalya would be returning to her family’s ancestral home, this time to live.

“It was heart-wrenching to see my sister crying as she left for Sri Lanka,” said Dakshini. “She told me that nobody cared about her future. I’m still haunted by those words.”

No longer able to stay in Japan under a dependent visa, Dakshini and her older sister applied for long-term resident visas the same year, hoping to continue living in the country independently. Eventually, they hoped, they would be able to bring their younger sister back to live with them.

In 2015, the Justice Ministry began issuing long-term resident visas to the children of foreign workers who had been living in the country since at least grade four under dependent visas, provided they meet certain requirements. These include the completion of their primary and secondary education in Japan as well as having a place of stable employment.

The ministry refers to people who meet such conditions as “those who have significant ties to Japanese society” in the document released to local immigration bureaus.

The ministry initiated the project to make children of foreign workers eligible for full-time work after graduating high school, as those on dependent visas are only allowed to work up to 28 hours per week.

But both Dakshini’s and her older sister’s applications were rejected for not meeting the requirement of having a job or a formal offer for one.

“In the case of dependent visas, people have parents whom they can depend on financially, but when it comes to long-term resident visas, they have to be financially independent and prove that they would not be a burden on the Japanese taxpayer, so having a job is a requirement,” Justice Ministry official Naoki Yano said.

The system means that even those with jobs but not high school diplomas — no matter how long they’ve been in Japan — face deportation if their parents decide to leave the country for good.

Take Omit S.K.M., a 21-year-old Bangladeshi who has been living in Japan for more than a decade. He was at risk of deportation when his father’s workplace went bankrupt. Because of the difficulty in finding a new job at his age, his father decided to return to Bangladesh in May last year, leaving Omit in a kind of limbo.

Without a high school diploma, Omit was not qualified for a long-term resident visa even though he had a job offer. In the end, Omit was able to stay in the country thanks to a spousal visa. But before this, he expressed his exasperation with the system.

“I know that not finishing high school is a downside, but I work hard and even have a job offer. And I want to continue working hard,” Omit, who is fluent in Japanese, said before his status was resolved.

Ureshi, his 16-year-old sister, is also ineligible for a long-term resident visa as she is still in high school. But she was lucky enough to find a Japanese guarantor to financially support her, enabling her to qualify for a foreign student visa and continue studying.

According to the Justice Ministry, if foreign workers leave Japan and their children are 17 or younger and wish to remain in the country, the children must find a guarantor who can provide a place to live and support them financially in order to apply for the student visa.

Applicants must also be enrolled at a school with a full-time staff member overseeing foreign students, said the ministry’s Yano.

A total of 182,452 foreign nationals had dependent visas as of December last year. Around 83,000 — about 45 percent — are 18 or younger, most of whom are ineligible to change their dependent visas to the long-term resident status since they have not graduated from high school.

Masaki Akiyama, an administrative clerk who has dealt with Dakshini’s case and five others like hers, believes that, rather than requiring applicants for the long-term residence status to have graduated from high school, the ministry should consider the number of years they have been living in the country.

“I think the cases I’ve been dealing with are just the tip of the iceberg,” Akiyama said. “There must have already been many children of foreign workers who’ve had no choice but to leave Japan.”

Some may believe they’re shoo-ins for permanent residency if they’ve been living here for a long time, but many families have their applications rejected due to low socioeconomic status, Akiyama claimed.

“If a foreign worker is single, the applicant usually has to earn at least ¥250,000 monthly and ¥3 million per year,” he said.

“If the applicant has to support their children and partners financially, those figures are higher.”

The ministry says it does not set any specific income level as a threshold when examining applicants for permanent residency. But, according to Yano, a stable income is the most crucial prerequisite for applicants. Family size, and whether the primary breadwinner is able to support them, are also taken into account, he said.

This has left some children of departed foreign workers disillusioned.

“I speak Japanese fluently and all the friends I grew up with are Japanese,” Dakshini said. “I never thought I was doomed to be in this situation because of my parent’s business failure.”

Under the rigid regulations, Dakshini, who switched her visa status from a family dependent visa to foreign student status to be able to keep studying at university, is also no longer eligible to apply for a long-term resident visa — even if she gets a job offer after graduating.

“My entire history of living in Japan has been erased,” she said. “I feel like I was rejected by the country.”

The Siriwardena family’s story also serves as a cautionary tale for mothers and fathers living in a foreign country.

While those who stay in Japan without their parents risk living on legally unstable ground, children forced to leave with their parents also face challenges in starting a completely new life from scratch.

Pamalya, Dakshini’s little sister, for example, returned to Sri Lanka barely able to speak the language and unable to write it at all.

“Learning Sinhalese is really difficult … so many things happened all at once,” Pamalya said in Japanese. She declined to elaborate further, citing painful memories.

Hideyuki Taura, a professor at Ritsumeikan University’s Graduate School of Language Education and Information Science in Kyoto, warns that those who are suddenly forced to switch from their first language at an early stage of their lives might end up being “double-limited,” or lacking a high level of fluency in both their native tongue and a second language.

“Those who are double-limited usually can speak both languages fluently at the conversational level, but can hardly comprehend difficult essays and can only write childlike sentences,” Taura said.

Children need to study in their first language until at least grade four to avoid such situations and acquire cognitive academic language proficiency — the essential skills that allow people to communicate using academic language, according to Taura.

Double-limited people have little chance of overcoming their condition unless they are able to re-examine the mistakes made at lower education levels, Taura said. Often, they just try to hide their difficulties and tend to find jobs or schools that fit their cognitive levels.

“I’ve had students who were like that,” he said. “It’s a heavy cross for them to bear forever.” 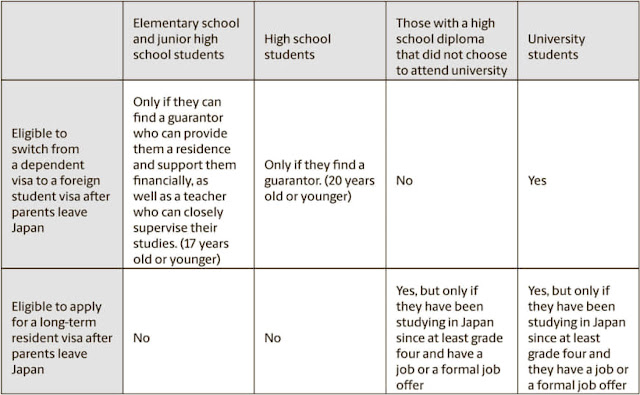 Dakshini said her little sister is still recovering from the shock two years after leaving Japan.

“She grew up eating Japanese rice, but can barely finish a bowl of local rice in Sri Lanka,” Dakshini said. “Whenever we Skype, she asks me what I ate today and she gets jealous of me eating teishoku (set meals with a bowl of rice).”

Pamalya, now living with her mother, said that she wants to live with her sisters again in the future, if possible.

But that dream appears as far off as ever.

“I’m sad that I can’t live with them anymore,” she said, avoiding Dakshini’s gaze.

“I miss my sisters.”