The public have a choice. But in order to stop this calamity in its tracks, at the very least we must reduce the numbers of Conservative MPs

Next Wednesday, Nato heads of state and government will gather in Watford to mark the 70th anniversary of the organisation. Founded in 1949, this intergovernmental military alliance of 29 European countries and the US has sought to safeguard the freedom and security of its members and has been one of the lynchpins of the liberal international rule-based order.

Alongside our fellow Nato ally, France, Britain is the most capable military power. Our intelligence gathering capacity remains indispensable. Our membership of the Five Eyes intelligence partnership makes us a global leader in the fight against terrorism. And in Nato, Britain holds the position of deputy supreme allied commander Europe.

But Nato must reform and adapt to the changing nature of threats we face. We need to increase Nato’s conventional deterrent and help develop the application of artificial intelligence. Cybersecurity is now a "tier 1" threat and Britain has a key role to play in the integration of internal security and external defence, to meet the new challenges of hybrid warfare. Above all, we must provide credible deterrents that convince others that Nato is committed to Europe’s collective defence. 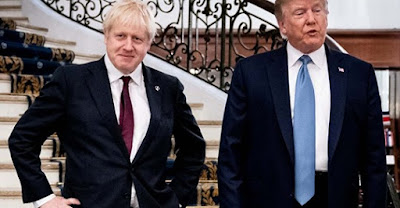 That is why the Liberal Democrats will ensure the UK upholds our Nato responsibilities, including by spending 2 per cent of GDP on defence. Using the “Remain bonus” and a growing economy, strengthened by staying in the European Union, we will be able to put more money into supporting our armed forces, and enhance the UK’s ability to play our part in Nato to maintain our security.

However, it is alarming that other Nato members’ commitment to the alliance is less than fulsome. President Trump described Nato as “obsolete” during his 2016 presidential campaign. President Macron quite rightly cited Trump’s failure to consult Nato allies, before his abrupt decision to pull forces out of northern Syria, as evidence of the US’s waning commitment to the alliance. This, in turn, paved the way for Turkey – another Nato member – to start an offensive into Syria to create what it called a security zone along its border. No one is more happy to see this state of affairs than Russia’s Vladimir Putin, an active opponent of Nato which suspended contact with his government over the annexation of Crimea in 2014.

Of course, Putin, Trump and Turkey’s president, Recep Tayyip Erdogan, not only share a poor regard for Nato, they share a politics: right wing, conservative, nationalist and authoritarian. This is a criticism that equally applies to our prime minister Boris Johnson.

I do not need to repeat the various offensive things Johnson has said about different groups in our society. His capacity to lie – even to our Queen – is there for all to see. He unlawfully sought to shut down our legislature. He refuses to publish a parliamentary intelligence and security committee report into Russian interference into our democracy, in spite of the fact a former Conservative attorney general chairs the committee, a former head of MI5, the former national security advisor and a former head of the civil service, all say it should be published. It is all very Trumpian. 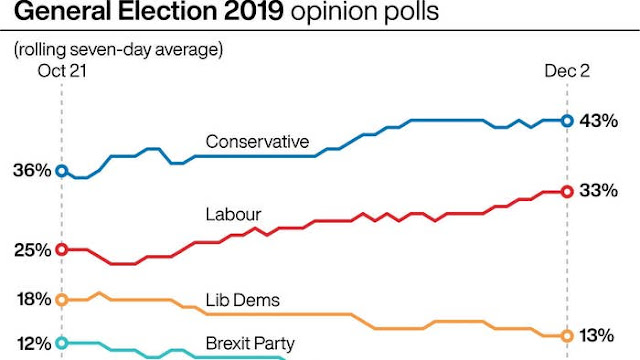 Giving Johnson a majority would be to give blank cheque to this type of politics in the UK – something which should worry us all and be strongly resisted. As Liberal Democrats and patriots, we will defend our liberal, internationalist, progressive values – British values – in the face of this politics of hate and division.

The December European Council summit starts on polling day and the election results will come through while it is still meeting. Whoever wins may well head straight to that summit. And the clock will be ticking down towards the current scheduled date of departure, 31 January 2020. Once you discount the Christmas break, exit day will be due just over a month after polling day.

So the public have a choice. Either Johnson fails to get a majority, and sufficient numbers of MPs are elected to provide for a people’s vote in the spring of 2020. Every Liberal Democrat MP and the full weight of our party will be thrown behind Remain in that scenario.

Or, Johnson is given a majority, allowing him a blank cheque to do exactly as he pleases. He has said he will seek to bring his Withdrawal Agreement Bill back to the Commons before Christmas, leaving little time for further scrutiny of it by a new parliament.

Rishi Sunak, chief secretary to the Treasury, let the cat out of the bag over the weekend when he disclosed that, regardless of whether the withdrawal agreement passes, if re-elected the Tories will continue to plan for no deal.

In order to stop this calamity, and for the numbers to add up to stop Brexit in a new House of Commons, at the very least we must reduce the numbers of Conservative MPs – all of their candidates have signed a pledge in this election to deliver this hardest of hard Brexits.

Over the last two weekends, The Observer newspaper carried out seat polls in a number of constituencies that usually vote Tory. They show the Lib Dems in second place with us poised to beat the Tories, particularly if Remainers vote tactically. This has been reinforced by Sir John Curtice who says the Lib Dems are best placed to beat the Tories in seats across the country.

The polling highlights the crucial role voters have in Tory-Lib Dem marginals in the coming weeks – stopping Brexit and Johnson’s extreme version of it is the prize.