The autobiography ‘Karthaavinte Naamathil’ comes at a time when the nun rape case trial against Bishop Franco Mulakkal has just begun.

The trial in the rape case against Jalandhar Bishop, Franco Mulakkal, began in a court in Kottayam on Saturday, November 30. Even during the court proceedings, Franco seemed all smiles. However, whistleblowers and those who have been speaking against the church’s wrongdoings are likely to find strength with the publication of Sister Lucy Kalappura’s autobiography.

The revelations in the autobiography, titled Karthaavinte Naamathil (In the name of God), soon to be published by DC Books, will haunt the church even though it chooses to be unfazed.

Sister Lucy Kalappura, who has been a vocal supporter of the survivor nun in the Franco case, has continued her consistent fight from within the church despite facing brutal isolation. 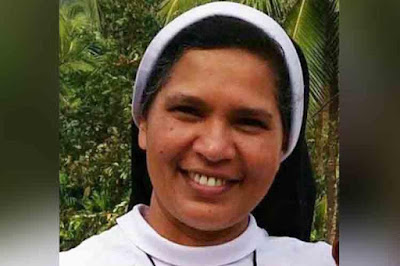 The autobiography, excerpts of which were published by Malayalam weekly Samakalika Malayalam Varika, speaks about the abuse, mostly sexual, that nuns suffer at the hands of priests.

“I am aware of instances where young nuns are forcefully sent to priests in some convents. The nuns are subjected to unusual kinds of sexual depravity. The priests would watch them nude for hours. Some priests are perverts to the extent that they don’t even listen when the nuns say that they are fed up,” Sister Lucy’s autobiography says.

For the priests, the vow they took when choosing the church does not seem to stand in the way of enjoying materialistic pleasures.

“It’s with priests that a majority of nuns have a relationship, this is against the thoughts of Christ. These relationships flourish because of the status enjoyed by the clergy in all walks of life. Several of my fellow nuns have such relationships. There are several instances of priests maintaining power over nuns. I have heard stories of them having regularly engaging in sex,” an excerpt says.

The autobiography talks about numerous instances in which nuns are sexually assaulted or exploited. While some nuns are consenting, others silently suffer through it. The revelations are similar to those from the autobiography of Sister Jesmi, titled Amen: The Autobiography of a Nun, which was published in 2009.

The book also has revelations about junior nuns being sexually exploited by senior nuns.

“The story of a brother who was mentally devastated after being forced to have sexual relations with other priests is shocking. He had to go through sexual abuse in the seminary consistently for a year. He went back home with mental health issues, leaving priesthood behind. Another student complained to me about similar abuse. A priest tied him to a bed when he opposed his advances and sexually assaulted him. All the congregations of priests in Kerala are centres of sexual anarchy,” the excerpt says.

“I am fed up of talking about this over and over again to the media. What I have written is not something new, this is what I’ve been saying from the beginning,” Sister Lucy told TNM.